Also as for the whole DLSS on AMD. The thing to remember is that Tensor cores are just very specialized cores that accelerate INT-4 and INT8 operations and that sort of a function is also available on RDNA 2 but as with RT implementation on RDNA 2, it's just slower than even Turing but it is still doable.

DF did sort of go over the whole thing back in July with the Series X.

The main benefit of Tensor Cores is this: 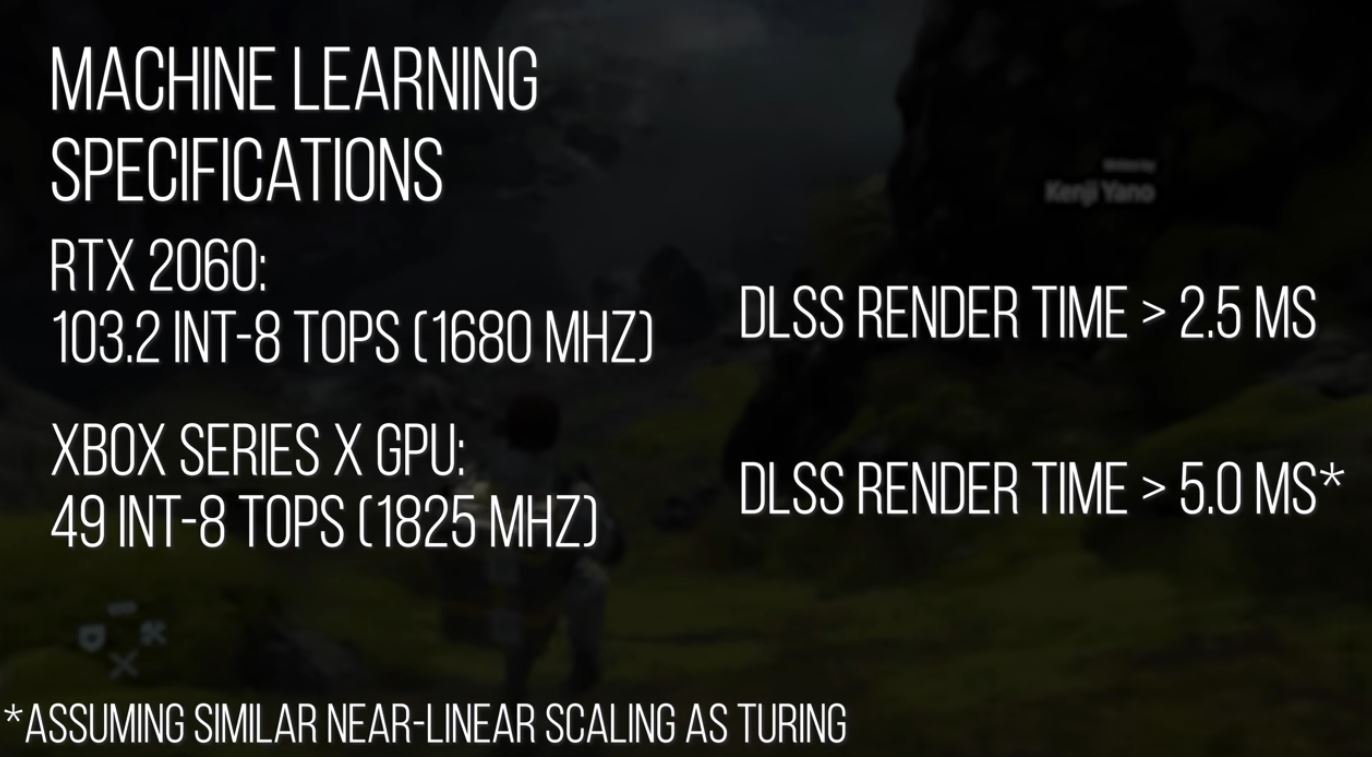 What that means is, you take the frame rate the game is running at a given resolution, increase the frame time and you can get the performance penalty. Obviously with more Tensor Cores and ML accelerators, the Render Time becomes less and less.

So as an example.

If a game is playing at 30fps which is 33 ms. With DLSS render time hit, a 2060 would run the game at 28fps vs 26fps on the Series X. Now obviously the Series X is faster in Raster but the Tensor Core performance of a 2080 which is it's main raster competitor is leagues faster. And because of that, same resolution with the same settings and lets say using DLSS/DirectML on both systems, Nvidia will still be faster by a noticeable margin because of the Tensor Cores. But you don't need Tensor Cores to do something like DLSS as the performance advantage of the lower resolution outweighs the performance penalty.

Personally I think by the time AMD has a comparable DLSS competitor, it's going to be 2022 or later. RDNA 2 does one thing and one thing really well and that's Raster performance below 4k. I wouldn't get RDNA 2 for anything else. 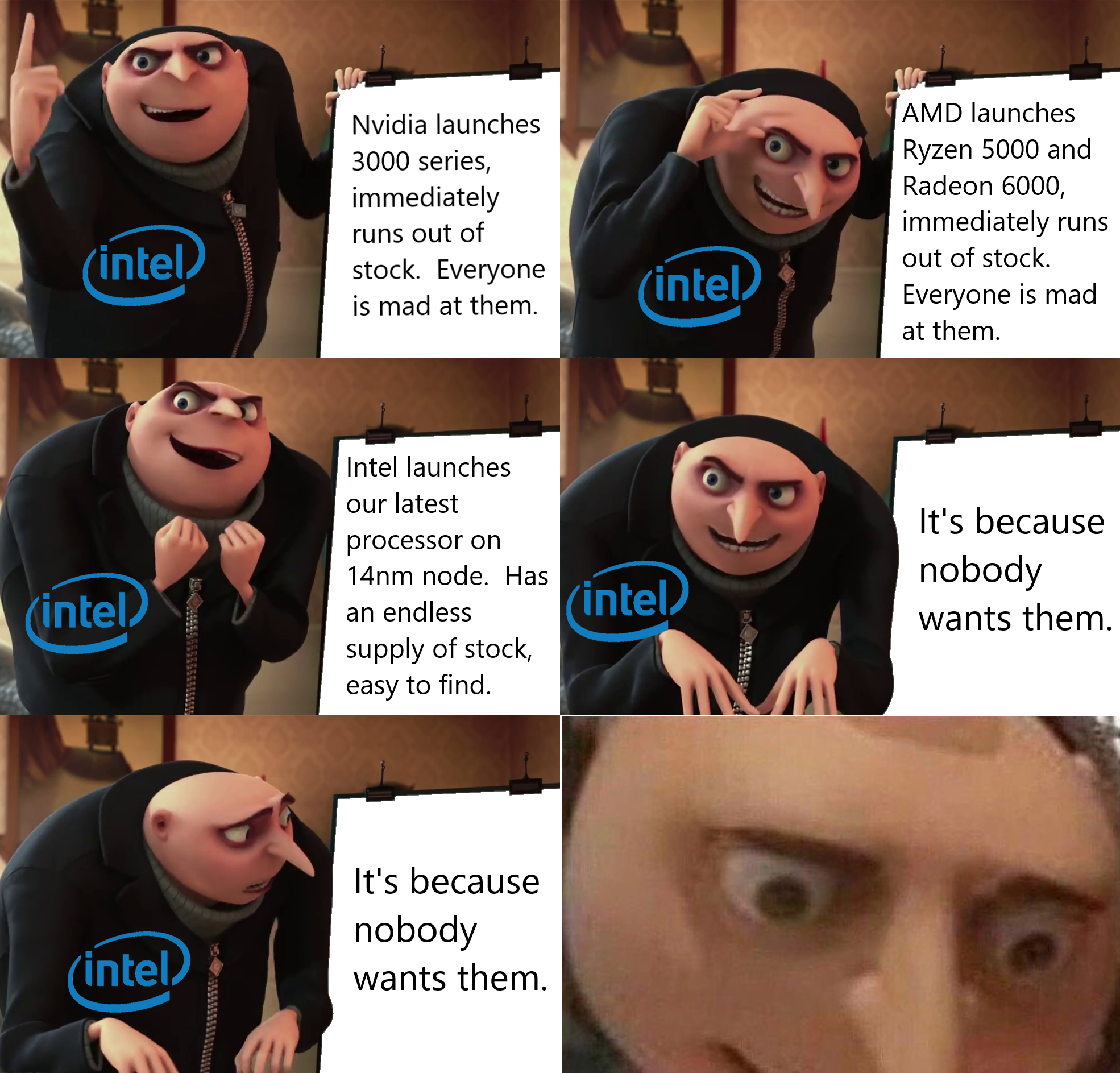 They certainly have the capacity to make a great spy/stealth game, but the question is what kind of game they'll try to make. After all, James Bond isn't known for its stealthiness, but rather for the action and the mess it leaves behind him.

Because I assume it will be a him, not a her inspired by the next movie.

I agree. I mean, Bond does tend to go for stealth quite often, but usually things go south and chaos ensues - which means there is some room for stealth as well! But action certainly has to work too, otherwise it won't really be a Bond game. IOI ought to have the capacity to nail the stealth part, but it's the action part that seems less certain. I imagine the game will at least have a good amount of player choice, which would fit an agent game really well - I think even a Bond game.

(Also, I'm personally not a huge fan of having to even discuss the gender/sex of an established character. If you want change, create a new character, put him/her/them/it/whatever in a great game, and I'll buy it regardless of the gender. Did I mention yet that I hate English for having gendered pronouns?)

I couldn't have said it better, all of it.

Do we have a deep dive of RDNA2 yet? Does it have dedicated INT cores at all? Because as far as I understand it it's not just that Nvidia's Tensor cores do those operations faster, it's also that they are dedicated. That means AMD executing those functions will also rob them of cores that could be used for other operations, resulting in an even harder performance hit, especially at higher resolutions.

A stock cooled 6800XT beats the 3DMark Fire Strike record of a LN2 cooled 3090. A few caveats here. It has tweaked tessellation settings so it's not eligable for the HoF. With those settings it's still 2000 points behind.

Also, this is the regular Fire Strike, meaning 1080p. So it makes sense that AMD can make good ground here due to extremely high clocks. It seems for Fire Strike Extreme you would need a 6900XT to get close and for Fire Strike Ultra it doesn't even seem to be a contest.

I can only admire how AMD managed to be as power efficient with such high clocks. There's either a cheap trick that I'm not seeing or just top notch engineering.

It's German, but that shouldn't be too much a problem for you, right?