Forums - Sony Discussion - Who will be Playstation’s Mascot Next Gen?

Google trends is shaky data at best. What I find interesting is the regional data, according to that GOW is very popular in south america and south east asia, but Uncharted is massive in Europe and North America, the two biggest markets by far. GOW's top related term is also "PS2", so that's quite telling. But I can't deny that GOW is generally searched more, even today, and even if quite a bit of it seems to be from developing countries with a lot of PS2s. You make a good point here.

Then you compare social media numbers... well I can do that to:

And obviously you can just google all of these.

Your metrics are inconsistent.

Onto bundling... well first of all I think you're overestimating the Uncharted bundles.

So at the very least 600K were sold standing alone, and the real figure is probably over 1 million.

Second of all, games sell bundles. There's a reason people bought the Uncharted bundle over the 2-5 other bundles on offer. If Uncharted wasn't so good at selling the console, it wouldn't be bundled as heavily. Sony aren't selling uncharted bundles to sell uncharted as much as to sell PS3s.

I'd like to point out the high meta scores for Unchated games too, which does a lot to help carry a game. 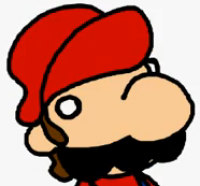 The mascot is Kratos, since PS2 era. It's the most well-known character and is the game that most associate with PS. Drake isn't as famous, for a lot of people he is the Uncharted guy. Sackboy is a good mascot, but Kratos already took his place.

A mascot don't have to be cute. It has to show what the brand means. Ninty is more "the cute way", so we have the simpatic Mario. MS is more the multiplayer side, shooters, so they have Master Chief. Sony always was about bringing games for adult people, so Kratos is the guy. Besides all that, hell yeah, he is badass!