Forums - Politics Discussion - Romney or Obama and why 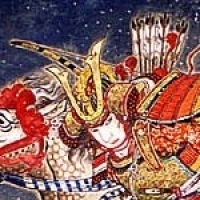 As I stated above, "Polygamy is not okay because it creates inherently unequal partnerships. For example, situations where multiple women have to share one man." That argument DOES NOT apply to same-sex marriage. Therefore, same-sex marriage and polygamy are logically and ethically different. I can support same-sex marriage without also supporting polygamy.

Here's an affirmative statement of my position: In my view, two people should be allowed to marry as long as (1) they are both consenting adults, (2) their marriage would create an equal partnership, and (3) their marriage would not put their children at substantial risk for a negative outcome that is not shared by the parents.

What if everyone in the relationship is Bisexual.

Or it's two guys and two women all marrying each other.

Heh. Those are interesting scenarios in the abstract, but what are the chances that everyone in the group would be equally in love with and committed to everyone else? I'd estimate a 0% chance.

Are you arguing that they should be allowed to marry?

Well, I guess we disagree about the definition of marriage. Or at least part of it. Committing to a stable, monogomous partnership is enough for me. Children are certainly not required (and I say that as the happily married father of one child, and hopefully more in the future).

Then we should put an end to statutory rape laws. Just because minor-adult sexual relations have been exploitative historically doesn't mean they should be now, right?

My. It's fun to use your tactics.

Obama. Hands down. Romney would be almost the same damn thing as Bush, and there is no way I want that back. Bush was one of the worst things to happen to this nation. Obama 2012.

you are assuming its unequal. without any proof. you cant just assume, some one will love one more than another. if that were the case, all marriage should be banned, including gay.

well then should we pass a law stating polygamy is legal as long as their marriage consists of equal amount of men and women.

really what you are doing now is trying to legislate love, and how much one has for another