yeah sure i meant you! you are getting old!

Ximenes the last stand was mediocre. Xavier turned to Swiss cheese? Hell no! I wanted a futuristic Ximenes movie like the had in the fox cartoon.

Blade would be my least favorite of the three though just because I did not think the movies were that wonderful in the first place.

X3 was pretty bad...I remember throwing popcorn at the screen 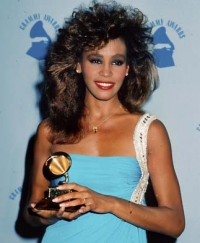 Spiderman 3. It was so bad that I refuse to watch it again. I have never walked out of a movie that I went to see in theaters. I sat through Waterworld after my family rage quit it and went to see another movie, and I also made it all the way through Home Alone 3. I almost left the theater during the emo dance scene because this movie was a mess. It was so clear that the plot had been developed in some executive board room with a list of demographics that they wanted to appeal to. A terrible, terrible, terrible film. The other two were at least watchable. Trinity was campy, but so was the whole Blade saga. XMEN 3 was way too short, but it delivered enough action, and "Im the Juggernaut Bitch!"