Does this game use any motion controls at all? I wouldn't like playing JRPGs by swinging my arm around lol

It doesn't require any, I used the CCPro for the entire game.  I doubt if you use Wiimote+Nunchuk there would be any motion controls either. 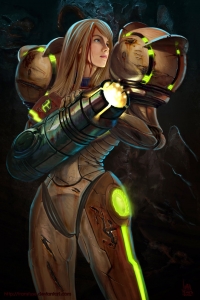 Loved it, played it for about about three weeks, but it just went on and on and on, and in the end I didn't finish it. Got up to the part where you fall off the giant Mechon. Will probably play it again from the beginning when I hear about a sequel.

Can't wait for this game! We need more reviews. Bump. ^_^

The game is not out in america yet so I cannt give any review at the moment. The funny thing is I bought the game from the UK ($95 including shipping to the US and then costa rica) but I have yet to play it. I didnt want to mod my wii so... I still have it in the box and I am buying it again... But just for the sake of it, lets give it a perfect 10...  ;9

The only thing I found disappointing with this game was the side quests. I was addicted to trying to get them all accomplished though I knew tracking down NPCs would be a pain in the ass.

I found the story very interesting, environments were beautiful, character interaction was great, and the soundtrack was awesome. 115 hours well spent.

Near christmas GAME reduced the game alone, as well as the red controller bundle down to only £10, then it went out of stock for weeks, when it was finally back in stock they canged the price to £40+. I never got a copy for £10 and it is £30+ everywhere else.

Based on this I rate the game a 3.


Are you for reals?

Sometimes I think you just do this for the Lulz.