Forums - Sony Discussion - Why You SHOULD Buy a 3G PlayStation Vita

The "Its just 50 dollars" part, I have to say, ya its a option WITH a price plan that you would have to dedicate yourself to paying a monthly fee with the abysmal At&t.

That is also 50 dollars you can save for a memory card or a game as well.

(Not sure what I can say about the new bundle though, need to read more details into it before judging it).

I still decided to stick with the WiFi, although who knows, I might once again change my mind down the road before the thing launches. I just liked the idea of paying $310 for a Vita + 16GB rather tha $300 for a Vita + 8GB.

I also wonder, with Near, I can still take full advantage of it if I keep my phone on tethering mode and link my Vita to it's WiFi signal? If so, then even if they get some "Cool features down the road", I should still be able to take advantage of it right? I don't see how they will make games with features that lock out the WiFi owners.

Also what is not mentioned is that supposedly in order to get your free 250GB Data Session you must first sign up for a 1-month 3G plan.

Also what is not mentioned is that supposedly in order to get your free PSN title you must first sign up for a 1-month 3G plan and then after 30-days you recieve your free PSN download voucher.


I asked this to the guy at Gamestop yesterday and he said that from what he knows, that seems to be the case. 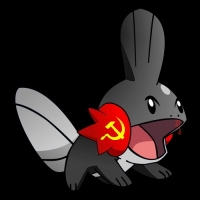 An interesting counter-argument to IGN's dig at the 3g version. Future games will probably use 3G in interesting ways, plus I could be playing call of duty online on the train to work which would be....an experience.

From what I have heard 3G isn't fast enough to handle online gaming, although I clearly remember early this generation people claiming WiFi couldn't handle it either, so who knows right?

I do know that if you take a 3G device, such as your phone, and put it into tethering mode, it gives off a WiFi signal (Still running at 3G speeds though I assume) and that signal is enough to run your PS3 games online.

Near seems pretty cool. I really like it. The bundle does kind of take the buying 50 things out of the equation, plus it comes with a game.
I've been thinking about it.
This article though is not very good.

As can be expected from IGN.

Actually sounds like they were paid to write it.

If only we knew what the PSN game would be, then they could make a real case for it. Me, I'm hardcore, so I'll probably end up getting it anyway, but there are some good points that wifi plus 16gb is only 10 more than this bundle.

Nah, this is just a counter-article to their anti-3G article to balance it out