Forums - Gaming Discussion - What current-gen games would be considered classics 15-25yrs from now?

I think the problem(If you could call it one) is that there are so many good games that are coming out every year that it is hard to call any of them "classics". Look at the winter line-up this year alone: Rage, Gears of War 3, Uncharted 3, Battlefield 3, MW3, Arkum City, Skyward Sword, and Skyrim. Although many won't like all of these games, most will love at least one or two. I own all of them except Skyrim, and I want to buy that game, I just haven't had the time to play half of them yet. My point is that any of these games would stand out tremendously, 10-15 years ago as "brilliant"' or "masterpiece", but today we have more. Look at next years' line-up. Bioshock, Last Guardian, and Max Payne 3 just to name a few. I'm sure these games will be great too. How good does a game have to be to stand above the rest? I think "classic", is something from the past. 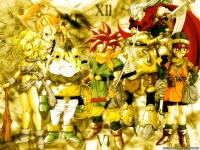 wel for me there are only 2 games that I know ill play again in 20 years
The World Ends With You
Xenoblade Chronicles
hopefully I will add The Last Story to my list, but to be fair there arent many games I like to revisit except for
-Chrono Trigger
-Final Fantasy 6
-Zelda a Link to the Past
So by now you can tell I really love jrpgs

I think the classics will be those games that stood out as defining the consoles they appeared on:

skyrim was the only good game to release in the last few years so yea something this gen went horribly wrong. for the original xbox we had
fable, halo 1, halo 2, kotor, and star wars battlefront 1 and 2 BF2MC... keep in mind console was only out for like 6 years.
this gen we have
oblivion, skyrim, rainbow 6 vegas, cod4. every other game has been bad, mediocre or just not worth the price tag, and yes i factored in every console. the problem is most games you can complete in a day or 2... i mean look at over rated mass effect 2... you can do EVERY quest in about 4 days... pathetic for a single player rpg. skyrim u can play for 100 hours and still not touch the story.

it would be easy to blame it all on COD... but its not all their fault. it seems game reviewers lost what truely makes games good. and at heart the best thing in a game is gameplay and value for your $$. if your haveing fun, you want it to last as long as possible which last gen had, and this gen doesnt.

woops, for OP i would say COD4 is a classic. i would say skyrim but in 10 years the next TES will blow it away.
cant think of any other games that i sit there and played it day after day for months.. TES and COD4....

Very interesting question. At one people many people thought that 5th gen games would not be seen as classics because 3d was so rough around the edges. Fact is, for many of us over the age of 20 this gen will not be remember liked 4th or 5th gen was. But someone born in say 2000, and was 7 years old when Super Mario Galaxy hit will definitly think of it as a class. COD4 wont be because activision has spammed it, same with Guitar Hero, people will remember the series as a whole, but no single game will bea classic.

Uncharted 2, SMG 1, Zelda SS, Gears of War, Wii Sports (much in the way duck hunt is, in 10 year people who were 5-10 will talk about it like how it was so cool back in the day), Mario Kart Wii, New Super Mario Bothers (DS, maybe Wii)

Now due to the fact that some many series have mulitple releases I think it waters it down, but I think as a general statement these series will be looked back upon by the gamers who played them with much nostalgia- Gears of War , Assassin's Creed, Call of Duty 4 and beyond, Mario Galaxy, Guitar Hero.

Everything else will fall away.

I know they aren't games but Kinect and Wii, mostly Wii for reboot motion sensing. Unfortunately to some, there now is a market for it. Portal for it's uniqueness is in for a run for sure and Gears... The whole series, i mean in 20 years or whatever it'll most likely be a small download like some Xbox live arcade and PSN games are now, if not "smaller".

I am not sure, but I have about as many GameCube games as i do PS3 and Wii combined.

I think that review scores are too high now days, and it really does not make much sense to have tons of 90%+ rated games that are much less enjoyable than last gen's 75%-85% rated games. (maybe score minus ~20? should be the index to compare current game scores to older game scores)

I think I will still replay the occasional title from this gen, but much less of them compared to NES through PS2/GC games.

that's for the ones to decide who grew up with this generation.