Call of Duty: Modern Warfare 3 day-one shipments are the largest for any game ever, Activision has said.

"The record number of pre-orders from Modern Warfare 3 drove the largest day-one shipments in our history, and in the industry's history," said Activision Publishing CEO Eric Hirshberg during an earnings call last night (transcript on Seeking Alpha).

Modern Warfare 3 launched worldwide yesterday, but no sales figures have yet been released.

Hirshberg said more than 1.5 million people queued at 13,000 shops at midnight on Monday to buy Modern Warfare 3, "making it the largest retail release in Activision's history and in the industry's history".

Major UK game outlets told Eurogamer earlier this week that Modern Warfare 3 had been their most pre-ordered title ever.

Popularity for Call of Duty has extended to multiplayer social network and stat-tracking application Call of Duty: Elite.

"We've already had an incredible response to Call of Duty: Elite from the moment it went live," said Hirshberg, who has nothing to do with Hershey's.

"Player registration requests for our new live services have exceeded even our most optimistic expectations, which have created some bottlenecks in the registration process.

"We've already registered over 1 million players, and we've been working round-the-clock to increase registration capacity as quickly as possible.

"Keep in mind," he added, "these issues have no impact on players' ability to play Call of Duty: Modern Warfare 3."

"Its exuberant blend of testicular bravado and blockbuster gloss ensures that Call of Duty retains its crown as the shooter genre's biggest, boldest rollercoaster ride for at least one more year," wrote reviewer Dan Whitehead.

IT's disgusting how wel it sold for such an average game. Hopefully more shipments mean more Preowned copies like Black Ops. 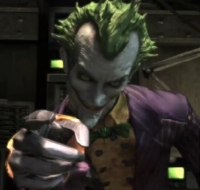 Metacritics 90 score shows its no average game at all.

IT's average by COD standards, i use to rate this series highly, COD4 was and still is a masterpiece but they've literally raped and bum****** the crap out of that engine.

It's only 90 average because a lot of fanboy sites give it high scores based on WOW EXPLOSIONS. It's the same damn game we've been playing for 4 friggin years, no real improvements. IT's a refinement. It may average 90 but it will win absolutely no awards except best shooter. Thank God Skyrim is coming out in 2 days so we can forget about this overrated game.

If its average by COD standards then thats perfectly fine since everyone loves the others. Course its the same game, its a sequel, you want a sandbox game or something?

Over 13 million week one coming

But it's not an average game.

IT's just my opinion, i don't expect Halo fans to agree obviously.

Actually a lot of Halo fans will hate COD because it stole Halo's thunder. And it's not just the occasional Halo fan that would disagree with you...it's the 20-30million people who play COD that will.

I know a lot of people who bought this game and find it average. They are just addicted to shooting people and calling people names over Online.  My friend is addicted to COD and al ot of people are, but none of them will put this game i ntheir top 10 for the year because it's just a MP focused shooter...a generic one after all these years.

Anyway my initial point was....i just think this game sells too much for what it actually is. I don't want to ask 20-30 million peopel about this game because the majority of them are the same people who listen to crap music, eat at Mcdonalds watch ESPN and buy Madden every year.