Forums - Gaming Discussion - Ever finish a game, think about how awesome it is and then ten minutes later change your mind? (Gears of War 3 will be my example)

I just finished Gears of War 3 about 30 minutes ago and I thought the campaign was amazing, probably the best I've played all year and I was so happy that Epic took the pacing, the plot and the characters more seriously this time and then I started thinking back on what happened in the game, thats when the problems started kicking in. I started mulling the story over and I started finding all these really dumb moments in the game that I kind of noticed but ignored in the heat of the campaign.

- Griffin says "I'll see you again, mother fuckers!" and then you never see him again. It was like that whole part of the game was designed around just having a cameo appearance for Ice-T. He was also a horrible character.

- They hint at this big conspiracy with the Queen and all this backstory behind the whole debacle but then never ever explain it (outside of 'I wanted peace, but she wanted to come above ground' thing). Who the fuck is she? Why does she look human?

- Why does Dom barely speak? I'm meant to like Dom, but I ended up just liking Baird because he actually spoke throughout the game.

I have a few more, but you get the point. It happens with movies and books as well, you go through the experience, get blown away and then once you start thinking about it a little bit, it starts to fall apart. It happened with Alan Wake, Heavy Rain, Black Ops, Fallout 3 and now Gears of War 3. I still think Gears 3 is one of the best games I've played all year and easily the best Gears game, but it went from amazing to pretty good in about 10 minutes. Has this  ever happened to you?

I think I had the same thing happen when I beat ToS:DotNW (so long ago I don't really remember

The experience was awesome all throughout the game but when it ended, it all fell apart. I was too busy playing the game to notice some of the crap in the story >_
But I still love the game a lot. It's still an amazing game to me (didn't really feel like it suddenly became "just" pretty good like you mentioned)

I finished Gears 3 today too...and yeah, I (and probably, most who finish the campaign) share your disappointment regarding the Queen. 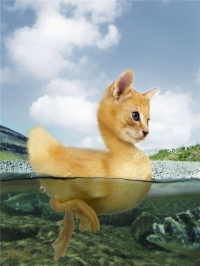 No. Maybe for a longer time when I've had a long time to think about the bigger picture. But changing my mind in just half an hour has never happened to me.

I've changed my mind before but it usually takes about a couple of days.

Well the same for me,  it happened when I saw what happened with michaelson.

In the books kind of a big character but in the game what you see is very little...And how you see him >_>...

Yeah, this happens a lot to me too.

yes but its the other way around? when i first started playing Valkyria Chronicals i was like "this is an ok game but its not my cup of joe", but then i started thinking about it and all the possibilities the game could present so i told myself "i'll take it back and buy it new" but my brother lost the receipt.

i still plan to buy it new anyway.

as for KZ3. it was a great game but you can tell they were running out of time. KZ3 doesn't fill like a complete game but it was awsume.

i didnt read any of your spoilered section, but if you are complaining about karen traviss then we are going to have problems amigo.