I realised that after I watched the first video 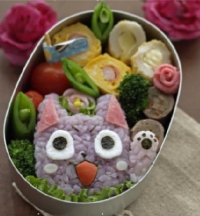 It's hard not to get swept up in the awesome art direction and flashy production.

You have to like the characters though, else the game won't do it for you, since they are the focus. Fortunately, I really like them.

I agree that the gameplay isn't very revolutionary and the battle system is simple, but there isn't anything really wrong with it. Also it's really fast paced, so encourages impulsive decisions, and so it's interesting to see how good your impulsiveness is （＾_＾）v Joining your skills up adds some complexity, too.

Oh and the story is surprisingly sincere for an anime game, although it does have lots of comic relief.

what do you think of the Games cyber punk setting verus the OVAs gothic setting?

I definitely prefer the Gothic art style from the OVA as it gives it a more defined atmosphere of suspense, and also gives it a spiritual significance, since Gothic art has always had its roots in religious symbolism. Whereas cyber punk puts the emphasis firmly on the post-industrial dystopia and high-level technology which is more derivative and cliché as I find it too close to an apocalyptic setting; a setting much-overused in the modern video game climate. That said, I still really like the interesting art style in the game. I do consider the cyber punk art style in Ghost in the Shell superior to the BRS video game though, which is another point of reference that makes me prefer the Gothic setting.