In addition, we were lamenting the Japanese version of the game's so-close-to-equal-gender-representation-but-not-quite-there status -- you can strip male and female characters alike, but when you strip prominent female characters as part of the story, you get full-screen art portraits that show them in their underwear in compromising positions... but do not get this same "reward" when stripping prominent male characters.Fortunately, Acquire was willing to entertain our suggestion of adding male strip portraits, and... they did just that! In our version of the game, you'll get full-screen art portraits that show the men in their underwear in compromising positions too, AND be able to use these portraits as wallpapers for your in-game smartphone, just as with the female strip portraits!

Well, did not see that coming! Hurray equality! 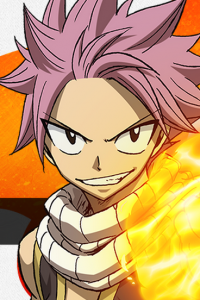 I hope Borderlands 2 sells good enough for them to port all the other DLCs. Can't wait to buy it, I'm truely surprised by how much I'm enjoying Borderlands 1 :)

I honestly expected this to be silently canned the way the release date kept slipping back.

Well, aren't those distribution dates for retailers receive the items? Anyway.. looks interesting, specially those PS4+PSvita Bundle.. I wonder if in the   U S we'll something like that.. and more bundles like those with MC and Digital games... Nintendo do it all the time  on 3DS and works great for them... almost every new release have a bundle with limited edition hardware and a digital bundle SD game on a SD.

I finally got Broken Sword 5(it just released in US PSN) on vita and damn I really miss games with 2D backgrounds like that. It looks beautiful.

Really wish more point and click adventure games would release on vita, I just can't seem to play and enjoy them on my ipad.

Is the game good? I was thinking very hard about getting it, but finally decided to wait a bit more.

Genuinely thought this was cancelled and they're re-focused their efforts on Neptunia Rebirth.

Ha.  That's... quite something.  Equality indeed!