Hmm not sure if I want to get a arcade stick, Im actually more used to the PS controller brand on fighting games (and the GCN controller xD). Havent tried out any arcade controllers and not a Arcade fan myself ;x. Although it wouldnt hurt to try :)

I don´t get along with arcade sticks so the Vita version looks atractive for me... but there's Blazblue CS EXTEND too...  hard tod decide... but with this review: http://www.youtube.com/watch?v=JzDL4KghSuY&feature=g-all-u&context=G291cc32FAAAAAAAAAAA I think that BB CS is winning... I hope that game is Day ONE release on USA...

^ Wow I never played Blazblue but it reminds me kind of Guilty Gear, I should go play the PSP version xD

BB is new IP made by authors of GG. So there's more than a few similarities.

BlazBlue is One of the best fighters out there...  and the Vita's version es the best port on portables... the PSp version are very good too... but graphically are some of short by obvious reasons...

On 2D fighting gaming... KOF13 and Blazblue are the best of this generation...

Speaking of KoFXIII I need to try that out as well. I hope SNK makes more KoF games on the portables like the Vita. 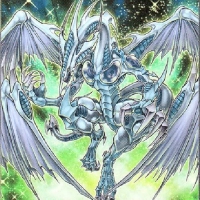 Not sure if anybody posted this, but Engadget got a hold of a Japanese Vita and did a review on the hardware.

For people wondering about the battery life:

If the Vita had us worried about anything, it was reports of a lightweight battery. Three hours? That's on par with the 3DS, which didn't earn any points in the power department either. Like the PSP Go, there's no removable battery, so how does it cope? Were we going to be forever tethered to the AC socket? We tried several different run-down tests the get to the bottom of this. On an all-out gaming test, it looks like the rumors were right - you're looking at around three hours of playtime. It took us around an hour and a half to recharge from zero to full, during continued use. That aside, you'll be wanting to take some sort of power cable with you. USB recharging is possible, but boy, it's slow.

In more casual use, with a smattering of half-hour gaming sessions, some Twitter, video and music, this stretched out to around five hours, but it's very much dependent on use. Near, the Vita's location-based social network seems to assist in bringing the battery to an early demise. We were unable to get the DoCoMo-connected Japanese variant to connect with our own SIM cards, but we'd imagine 3G use would be even more taxing on the battery. It's hard not to take issue with the Vita's longevity, or lack of. Would it have been too hard for Sony to bulk up the proportions of its latest handheld to offer us a more substantial battery life?

Isn't Sony releasing some kind of extended battery accessory for the system (if it hasn't been released already)?