Mass Effect 1 (2 was a great game, but much weaker on the 'story' front) comes to mind.

Also Halo:CE. You are given very little information and basically thrust into the story, and you are just one peice of a larger story. Though you have a very "lone warrior" feel, you are constantly reminded that thousands of other people are working hard to accomplish the same goals, and are rapidly dying off in the process.

And Bioshock. I still need to finish it.... (Just got a new gaming PC, so I finally will) From a game perspective, it's pretty lousy. The storyline makes the game worthwhile. If you ever play it, blitz it on easy... no sense having a tough playthrough.

And if we can step back in time a bit, I loved the storyline of the Wing Commander series. Particularly through the Kilrathi war...

GTA series (anything but 4, DLC is fine)

BlazBlue (its weird, but not bad)

My thing is there are some genres that dont require a good story, just about any fighting game, Mario series, Sonic, racing games, puzzle games. YOu play those for game mechanics. Now a game like FF or any RPG you also play for fun and mechanics, but if im devoting 40 hours plus in a game, then dammit that story better be good and your characters better not suck, unfortunately it seems we are getting away from that this gen.

Believe it or not KH actually does make sense. It's just more complex than any game series in history.

How DARE no one say Persona 3 yet!

(Persona 3 has the best storyline for any game ever) 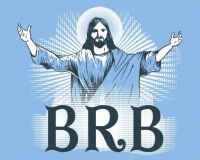 Well they announced Dreamfall Chapters soon after the release of Dreamfall as a continuation of the series, but have since not released any real news about its development. It's been like 4 years...

Now they're still working on The Secret World. It looks interesting but seriously, MMORPGs dilute the story way too much. And they cost alot of make and maintain too. I'm not sure how they're gonna pull it off, and when they can finally get back to making Dreamfall Chapters.