With the 3DS coming in a few months we know Nintendo will have plenty of channels for us to view in the near future. Could one of those channels be the Nintendo Channel? I hate the Nintendo Channel on the Wii its childish and annoying but when I think about its potential on the 3DS I am very excited.

Could we watch E3 in 3D this year? Will Nintendo bring 3D camera's to E3 and video the whole thing in 3D? I would be so happy to be able to watch Reggie up on stage in 3D playing the Wii and seeing all the guests in 3D. Then watching the trailers (Which would be put in the feed) in 3D.

Now I don't think Nintendo officially confirmed Nintendo Channel on 3DS, but if it does come the 3DS could really revolutionalize the way we experiance game media. I would watch E3 twice once on G4 and the next time on 3DS just so I could see it in 3D wouldn't you?

I don't mind the Nintendo Channel, I think there are not nearly enough DS demo, but I quite like Nintendo TV and I also liked the interviews of the developers of C64 games.

I doubt Nintendo will upload 3D videos, but I expect Nintendo to do the game rating thing for the 3DS and have a sort of 'rating leaderboard', which I think is quite good.

Awes why not, the 3DS can view 3D youd think Nintendo would want to capitalize on this by creating 3D content for it. Also trailers released in 3D over the Nintendo Channel would be a given. 3DS gamers are going to want to see new games in 3D rather then watching trailers in 2D on GameTrailers.com or even here at GamrTV!

Yes I like this idea a lot. I want to see the trailers on the 3DS screen not my computer monitor.

E3 in 3D would be awesome and I've had that thought myself but it'd be too expensive to do.. 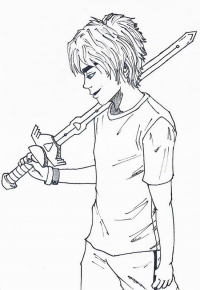 But the 3DS will print the money for it.

while watching E3 in 3D would be awesome,..that just doesn't feel like something nintendo would put as a priority in their list of things to do.