Well you obviously have not seen a good ezreal. I play hybrid, leaning towards AP at the beginning. He's not meant to take direct damage. You gotta do everything you can to put out damage from afar. He's still viable and there's a reason it says "Hard" on his play style. People just like playing OP champs with instant and direct damage output over him. 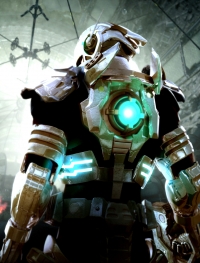 
What I want from a game.

Friction! When everything feels right!

I play with a lot of champions, but I'm currently playing with Master Noob! (Yi). It can be very satisfying to go 20 and 1 in a game.

I'm saving up to unlock a tank though, I want to experience a different play style for a while.

There can be some good Ezreal players, but they are usually few and far between. If I'm playing as a character with huge dps output I look at Ezreal as food.

i still play dota! and will be waiting for dota 2.

Being in 3rd place never felt so good

This doesn't change what I've said, a good player with Ez will be vulching or catching stray low hp champs until end game unless the other team has mvp champs. In end game a Ez can put hurt on just about anything like at level 5 with a sheen. This is just from my experience.

no!! i just came back from a 5 hours dota session and i got my ass kicked. but i still love it. but i must find noobs to play with.

League of legends has match making...
not good matchmaking but it's better than nothing

Why do you want to wait for DOTA 2?  It is basically the same game as DOTA with pretty graphics and better online.  The same thing with Starcraft 2, and I hate it when I hear people approve of this.  They should be working to push the gameplay forward not stagnating in place.  That is the problem I had with HoN is that it sounded too much like DOTA, like they don't have any ideas how to make the game better.  You may not like the changes LoL made to the formula, but at least they are doing something.

That being said, I agree with some of the posters that LoL isn't a very stable game.  It should play a lot smoother and frequently disconnects.  However, I think some of the same posters exaggerate the issues.

I hope someday, someone will release a Marvel vs. DC DOTA game.  I think it would be really cool to play with someone like Magneto.  Makes me think what his ult would be.