Looking trough that funny list about the 48 most interesting games in 2008, I stumbled over the title Burnout Paradise. This is the reason why I post this now. Back in the Gamecube days, Burnout 2: Point of Impact was one of my favourite games. I spent countless hours finishing the single-player mode, I had amazing times competing with friends to get new records on the tracks and I spent a whole night together with four friends getting all gold-medals in the crash mode. Still today, this game would probably be ranked in my top 10 of all time. As you probably all know, the next games in the series did not come to the Cube which meant that I was not able to play them, also none of my friends that owned a PS2 or an Xbox did buy them. I have read a little about them now, and it sounds like Criterion has changed the formula quite heavily. Because of that, I wonder how people that know all the games in the series did see the development. Do you guys like the new games? Which one is the best in your opinion? Also, do you think that Burnout Paradise will be great? (imo, it sounds like a Need for Speed game, but that may only be me). Knowing that EA is the publisher of the Burnout game nowadays (RIP Acclaim), it probably is only a matter of time until we see a Wii itineration. I wonder if I should hope for one or not, please tell me!

I prefered the oiginal over 2, mainly because of the Bus and the Crash replay system, i wanted an improved crash reply thing in B2 but was dissapointed.

still 2 is a good game, i am not interested in this new "sandbox" style, Burnout is an arcade style racer.

burnout 3 is the best and among the top 5 racers of all time.
WAAAAAAY better than burnout 2.

I LOVE burnout, if EA does a good job of it on the PS3 I'm buying it day 1, I pray to god they don't lose that sense of speed that the others had.

Umm in response to the OP I'm pretty sure there will be a burnout on the Wii, I can't really see any reason why there wouldn't be. It's a pretty popular series and it IS EA after all :P They are the original port masters :P 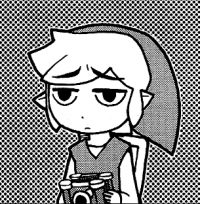 Burnout 3: Takedown is by far the best one.

Burnout 3: Takedown is my favorite race game of all-time. Paradise looks alright, but as of now I am indifferent on the sandbox style. I will get Paradise eventually.

I haven't played the first game. I have played Point of Impact on Xbox and GC and it was a pretty cool game, the crash mode was fun. The normal races were incredible fast, but the track design was seriously lacking. There were rarely tight turns and a lot of times you were driving straight for like a mile. However the boost system made it interesting to get high burnout combos even for a complete race.

Takedown was vastly different in that regards, using the boost all the time wasn't possible anymore (because dodging, drifting and the like give you way too less boost, to use it all the time) , so one of the coolest aspects of the series was lost. Due to the rubberhand AI in Burnout games you can't get away from your rivals more than 2 seconds, so there wasn't much to do during the races. You drove along without using the boost, when a CPU showed up, you instantly used the boost to smack the other car into the rails or in the traffic which filled up your boost gauge again. Repeat until race is over, this became boring quickly.

Legends on the PSP was a compilation of tracks from Burnout 1-3, but with the gameplay of 3, so that game wasn't that hot either.

I haven't played Revenge, because simply watching it made it clear that the gameplay was very similar to Takedown, just a little more simplified. Now you could crash into cars going in the same direction as you without actually crashing your own car.

Bottom line, of the 3 games I have played (Point of Impact, Takedown, Legends), Burnout 2 is clearly the best one.

you wont be seeing a port of burnout paradise on the Wii unless the dumb it down by 30% - 45%. The graphics in the game are nearly GT5/Forza 2 level.

i don't think the wii will get paradise. they'll probably make a different game.

The Wii will get Paradise, just like the DS got Legends. We are talking about EA here.