A prenatal pill prescribed to women expecting daughters with a rare genetic disorder, could reduce the chance of their children becoming lesbians, according to research.

The finding has caused outrage among bioethicists and gay and lesbian groups, who claim that doctors are performing the risky treatment on female foetuses to prevent homosexuality in the womb.

Currently, the treatment may only affect the dozens of girls born with the rare condition called congenital adrenal hyperplasia (CAH) each year.

But there are fears it could lead to the social engineering of sexual orientation.

CAH causes an accumulation in male hormones - and, in females, can make it difficult to tell what gender they actually are.

Although their internal organs develop normally they also develop abnormal external genitalia and go on to exhibit characteristics such as a deep voice and excessive body hair.

Medics, including Dr Maria New of the Mount Sinai School of Medicine, have championed a hormonal treatment that prevents the ambiguous genitalia developing in the womb - sparing the need for surgery later in life.

But it is not without its side effects - including potentially having a dramatic impact on a person's sexual orientation.

Opponents accused Dr New of having a hidden agenda to 'prevent' lesbianism after she noted those with CAH were more likely to be gay and be interested in 'masculine' careers.

She said: 'In my six years at Mount Sinai I have not administered the drug to any woman for the purpose of treating an unborn child.

'Allegations that my goal is to prevent lesbianism are completely untrue.'

The LA Times reported that Dr New's more recent studies on the treatment, using the steroid dexamethasone, resulted in girls who behave in ways that are considered more traditionally feminine.

The report quoted a 2008 study in the Archives of Sexual Behavior in which Dr New questioned 143 women with CAH who had not been treated prenatally.

The study found that most of the women were heterosexual - but that the rates of homosexuality and bisexuality were far higher in women with the condition when compared to a control group.

The report then cited a paper published earlier this year in the Annals of the New York Academy of Sciences by Dr New and her colleagues.

In that study Dr New found that, in 685 pregnancies, those girls with the condition who were received the prenatal steroid were more traditionally feminine.

The study also showed that those without the prenatal therapy made more masculine-related choices both as children at play and in later careers and lifestyle choices.

'The majority, no matter how severe, are heterosexual,' Dr Heino Meyer-Bahlburg, professor of clinical psychology at Columbia University, who has collaborated with New on some of the studies, told the LA Times.

'But the rate of CAH women attracted to females increases with their degree of androgen exposure during prenatal life.'

'Her main goal has been to prevent ambiguous genitalia and all the things that come with it, including what she calls 'behavourial masculinisation' Dr Dreger said.

Dr Dreger added that the Maria New Children's Hormone Foundation website said Dr New had treated over 600 pregnant women at risk for the birth of a CAH-affected child, but not what treatment she had used.

Dr New has also been accused of recommending the strong steroid dexamethasone without revealing to parents that it is highly experimental.

Opponents also said the steroid treatment does not address the underlying condition behind CAH, caused by a defective enzyme in the adrenal gland.

A number of major medical societies are now drafting guidelines on the use of the hormone, which will be published in a consensus paper in September's Journal of Clinical Endocrinology and Metabolism.

The guidelines are expected to highlight the experimental nature of the treatment and warn that it can cause low birth weight and defects such as a cleft palate.

But Dr Phyllis Speiser, who is helping draft the document, said the guidelines are not concerned with aspects of sexuality.

'Our main concern is the long-term safety to the foetus,' he told Bloomberg Businessweek.

Dr Dreger and her colleagues are concerned that medical attempts to prevent homosexuality will arise in the future if sexual orientation is found to be determined by human biology.

'Evidence that homosexual orientation is inborn, could very well lead to new means of pathologisation [treating it like a medical condition] and prevention,' they warned in a recent paper.

Source
thoughts? would this actually led to researches on engineering of sexcual orientation?

While it was a victory for GLBT folks to get their status classified as biological, but then that does raise a host of problems. I doubt they'd like being called mutants (which strictly technically would be true), anymore than they liked the insistence that their lifestyle was a choice (which still persists itself in some sectors).

Raises interesting ethical questions, as to whether it would be right to "cure" homosexuality. Also raises the intersting idea of whether we could genetically engineer race, which would also lead to a whole host of fun political/philosophical dilemmas.

Well in a way we're all mutants. We all have mutations.

However I thought the general consensus was that homosexuality was mostly caused by hormones in the womb, in which case they aren't mutants (as it's not caused by a mutation) and their lifestyle isn't a choice.

Also engineering babies is a bad bad road to go down. Keep it to stopping devestating genetic dieseases please.

Little medical secret - it is almost certain that you can already predispose one to a certain sexual inclination during pregnancy by simply and artifically altering certain levels of hormons on the pregnant woman.

Coincidentally or not, the easiest thing to do, so to speak, would be to create little lesbians to be.

when you put it that way, it does sound cute.

I believe one is born gay,but how would they know one way are another. Social engineering,that's just sound's like some kind of weird cult to me. lol

*Sigh* It's not about being gay, it's about preventative treatment. Dr New wants to create this drug so that children don't have to be afflicted with some of the complications that come from congenital adrenal hyperplasia.

I don't think it's about "curing" lesbianism at all, it's about reducing a side effect from the condition. It wont make them 100% heterosexual.

I know the advent of "engineering" humans is scary, but we already tamper with life to this extent with things like hormone replacement therapy.

Whilst I support their campaign for equal rights and support their plight, I feel that sometimes LGBT groups can go a little overboard without fully understanding the situation (mind you, that could be said of any campaign group really).

(Also, I apologise if I have offended anyone)

That's the future to come.

In 2050, or even earlier, we will be able to detect 'gayness' in de womb. And start to select upon them - the moment where the GLBT will become anti-abortion. That's human nature. 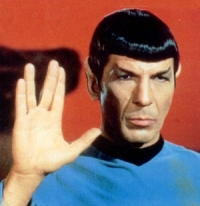 so, its just removing a potentionaly harmful thing then? and the link to orientation is an unfortunate coincidence?

I dont really know enough about this tbh, but that seems to be what youre saying yes? 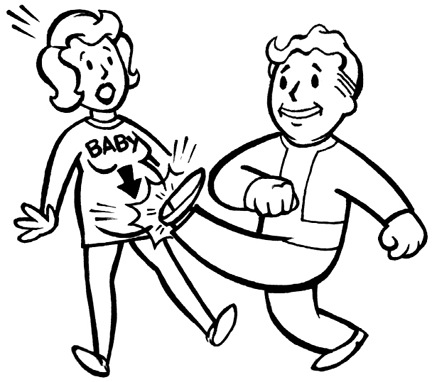