Took a massive break from doing this but am hyped to continue! Last one we did was E3 1999, so now let’s do E3 2000. Before we get to it, please note that E3 2000 was only 6 months after the Columbine shootings, and apparently the criminals loved Doom, so it is quite possible, even probable, that many companies intentionally held back some more violent games from being shown at E3 as it would have been insensitive seeming.

Please vote on which company had the best showings of games. We are NOT limited to just 1st party games like we pretty much were for 1996. Going forward I hope to have a healthy list of third-party! I will NOT be including exclusive games under the company whose device they released on going forward, as the point of all this is to see which company has had the best E3 each year, regardless of if they own the hardware or not. If a developer was independent during this E3 showing, or the company was partially owned by someone else but still made the game, then they receive the credit. If they were owned by another company 100%, or if they are a second party exclusively making games for one platform, then the company owing them or receiving all their games receives the credit for the game.

To clarify with a hypothetical example: As long as the studio is independent (such as Platinum), then their games will count towards their own presentation and not the hardware company. Rare is a weird situation, as I believe (based on what I’ve read), Nintendo only ever owned 49% of their stock, making them a second party studio, until Microsoft bought them, during this era. Because of this, they will remain separate for now.

Also, just like with the 1995 vote, I can only include 10 options. I will, however, put the ones that didn't make the cut below here (if there be any) just so you know and you can comment your vote for them if you'd like. Below is a list of notable games announced/shown. If I’ve missed something, or I have put something in the wrong area, it is UNINTENTIONAL. Please forgive me and I will make the changes as soon as possible.

Camelot: Mario Tennis (they were an exclusive 2nd party studio for Nintendo at this point, but still second party nonetheless).

Last edited by Dulfite - 30 minutes ago

Tho 1999 they easily won. Sony's showing is weak. So is Nintendo's. I never counted a 3rd party as wining E3 since they put games on consoles and don't make consoles. Shenmue alone can win this as that game was so awesome. PSO the first console MMO and a great game! It was SEGA's last as a console maker and they went out with a bang! The show floor is famous!

YOU MISSED A TON OF SEGA GAMES! 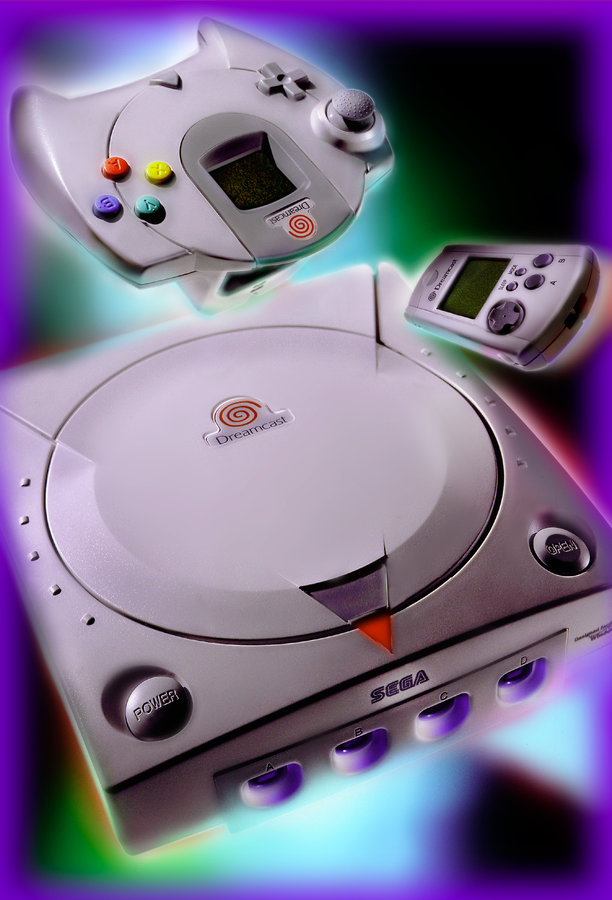 Strong year for both Sega and MS in my eyes, with Microsoft dropping that Halo bomb, and Sega coming in strong with PSO and Shenmue.

As I explained in the OP and on the other threads, the developer has to be owned 100% for the game to count for the publisher (and owned when the game was shown as well). There are probably 500+ games that were shown at that E3, I can't go through each and every one to see who was developed by which studio and who owned the studio at the time the game was shown (I don't have that kind of time lol). Obviously if I make a mistake I will correct it, but I'm not including games that seem like minor things the vast majority don't even remember. Most of those games on the list you linked were not developed by a studio owned by SEGA. These threads aren't about celebrating publishers, but about celebrating the owners of the main developers, if that makes sense.

I would go by publisher, since that would make the difference for me between Capcom, which I voted for now and Nintendo, which I would have voted for if the Camelot and Gamefreak games were included, but that's your call.

I remember MS being really strong in 2000. There was a lot of hype around the XBox and it was known in summer 2000 that it would be faster hardware than the Dreamcast, PS2 and even Dolphin. Halo is obviously one of the greatest games ever made and so it's reveal probably would have been huge in 2000 especially if gamers got to see a decent amount of gameplay.  Morrowind would have also been a huge title to boost the XBox at this conference. Nintendo still had the Dolphin under lock-and-key and they had very little top software left coming to the N64 and so their E3 2000 showing was pretty weak, in my opinion (Majora's mask was probably hyped but it was nowhere near the game that OOT was in my opinion).

I am surprised that there wasn't more coming from Sony and its devs for the PS2 in 2000. PS2 must have had a really slow first year on the market. If Final Fantasy X and GTA 3 was shown at E3 2000, they would have killed it for sure. I don't see much announced here for the PS2 at all (other than a game called Ico, which I have never heard of).

Overall, my vote is for MS.

1. We've already been doing it this way for 4-5 threads now.

2. Also, again, I don't want to celebrate companies that pay for things as much as I want to celebrate the people that actually make the game. Nintendo doesn't deserve the glory for RARE making Conker's Bad Fur Day, for example, because they didn't 100% own RARE.

Sega and it isn’t even close. They showed so many DC games that ended up being incredible. Not surprised to see Sony dominating on this forum though, lulz

If you've been doing it for so long already then just continue, no problem.

Ok, poor example. Nintendo published Mario Tennis, but the developer behind it was 2nd party (Camelot Software). Nintendo doesn't deserve the glory for what a 2nd party company created.