With the 7M stretch goal already met, Ys Net have this to say:

With the combined Kickstarter and Slacker Backer campaigns, we have reached the $7M stretch goal! Having reached this goal, the Battle System Expanded: AI Battling will be included! Thank you so much for your support!!

This control system lets you automatically unleash the perfect technique in response to the opponent's positioning and distance. R&D for this system is based on Yu Suzuki's concept for players who are not used to fighting games or for those who want a full immersion battle experience. This battle system is highly compatible with, and will be an extension to the current battle system. 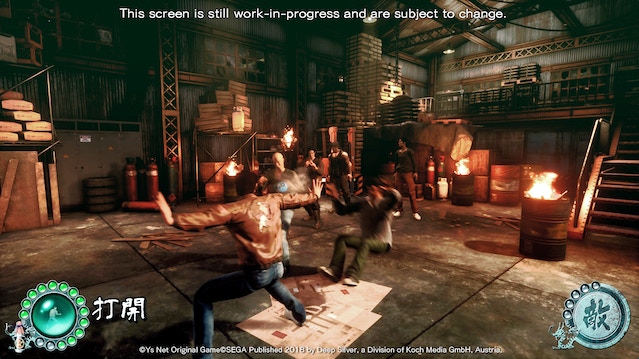 The next tier is 7.5M. And that will give us "Battle System Expanded High Ground Battle System" Really not sure what the AI Battling means, but I can't wait to see how it works. I mean this is coming from the guy who created the smash hit, Virtua Fighter. What could possibly go wrong?

How much money do they need?

However, Yu Suzuki has said that they need $10 million to truly make Shenmue 3 have the features of an open world.

kickstarters are such rip offs seriously.. Its kinda lucky that they have sony to push the game forward and foot the bill. Dont think the game will turn out too good though. May be a 8/10 at best.

On topic though, not really excited to watch the game play itself, but this is coming from someone who possibly spent more time than any other human in the 70vs battle in Shenmue 1 :D

Things are going step by step. Hope no more delays are needed.

Awesome can't wait till it releases at the end of 2017

I am actually kind of worried $10 million is "enough." The original Shenmue cost what, $70 million? I don't know if that includes marketing. But with HD, I feel Shenmue 3 would at least need to cost $50 million+ to truly be AAA. But hopefully I am wrong and they pull it off.