From the NEW YORK TIMES

Harold Ramis, a writer, director and actor whose sly but boisterous silliness helped catapult comedies like“Groundhog Day,” “Ghostbusters,”“Animal House” and “Caddyshack” to commercial and critical success, died on Monday in his Chicago-area home. He was 69.

His agent, Chris Day, said the cause was complications of autoimmune inflammatory vasculitis, a disease of the blood vessels.

Mr. Ramis was a master at creating hilarious scenes and plotlines peopled by indelible characters, among them a groundskeeper obsessed with a gopher, fraternity brothers at war with a college dean and a jaded weatherman condemned to repeating Groundhog Day over and over.

In “Stripes,” a 1981 film about military life written by Mr. Ramis with Dan Goldberg and Len Blum, Bill Murray exhorts his fellow soldiers by yelling: “We’re not Watusi! We’re not Spartans — we’re Americans! That means that our forefathers were kicked out of every decent country in the world. We are the wretched refuse. We’re the underdog. We’re mutts. Here’s proof.”

He touches a soldier’s face. “His nose is cold.”

In 2004, The New Yorker quoted the screenwriter Dennis Klein as saying that Mr. Ramis rescued comedies from “their smooth, polite perfection” by offering a new, rough-hewn originality. He compared Mr. Ramis’s impact on comedy to that of Elvis Presley on rock and Eminem on rap.

“More than anyone else,” Paul Weingarten wrote in The Chicago Tribune Magazine in 1983, “Harold Ramis has shaped this generation’s ideas of what is funny.”

Mr. Ramis collaborated with the people who came to be considered the royalty of comedy in the 1970s and ‘’80s, notably from the first-generation cast of “Saturday Night Live,” including John Belushi, Dan Aykroyd and Gilda Radner.

He was born in Chicago on Nov. 21, 1944, and attended Washington University in St. Louis on a National Merit Scholarship. He graduated with a degree in English literature before going to work as an orderly in a mental hospital, a substitute teacher in inner-city Chicago and the jokes editor at Playboy. 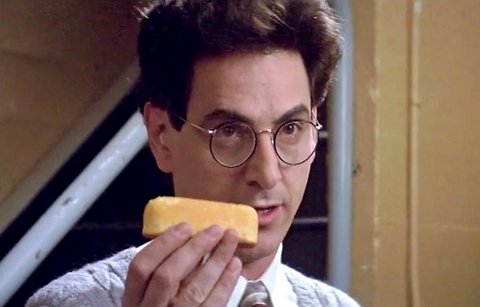 He got his start in comedy in 1969 at Chicago’s famed Second City improvisational theater troupe, an incubator for many “Saturday Night Live” performers, including Mr. Belushi, Mr. Murray and Mr. Aykroyd.

Mr. Belushi went on to star in “Animal House,” which Mr. Ramis helped write. Mr. Murray and Mr. Aykroyd starred alongside Mr. Ramis in “Ghostbusters,” which he also helped write. And Mr. Murray starred in “Groundhog Day” (1993) and “Caddyshack” (1980) — both directed by Mr. Ramis — and “Meatballs” (1979), which was written by Mr. Ramis and Mr. Blum, Mr. Goldberg and Janis Allen.

Among his projects in later years was “Analyze This” (1999), a comedy he directed and wrote in collaboration, starring Billy Crystal as a psychiatrist and Robert DeNiro as his mobster patient.

Mr. Ramis is survived by his wife, Erica; his sons Julian and Daniel; his daughter, Violet; and two grandchildren.

Mr. Aykroyd issued a statement on Monday calling Mr. Ramis “my brilliant, gifted, funny friend,” adding, “May he now get the answers he was always seeking.”

This is all kinds of crap.

In memory of Mr. Ramis, I'm going to finally play the Ghostbusters game.

He did the voice of Egon on that game, pretty cool.

**writes "must watch Ghostbusters this weekend"**

I am going to do it later tonight (watch Ghostbusters), awesome comedian, writer, actor and director, Harold Ramis was amazing.

He did not look healthy in the last movie I saw him in.