Leave it on standby mode, or not to? That is the question.

I leave my PS3 on standby and its the first model. I never turn off the switch from behind it, ever. Except when I move it to other rooms. I think leaving it on standby is what making it last with no break downs.

My theory is standby mode is beneficial for PS4. But don't take my word for it.

Let me know why you think its bad to leave it on standby.

Mine is always in standby, only reboot on updates or glitches. I like coming home with all my content ready to go. 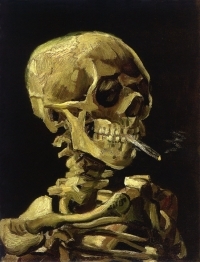 Don't understand the necessity of standby mode. It takes me 1 minute and an half from PS4 off to Killzone MP...

I think its made to stay on standby when its not in use. I have no evidence to prove that, but I have examples. Computers use more power to turn on after a cold start.

Leaving the console in standby is a waste of power, that costs you directly in power bills, and drives up costs for all electricity consumers as well as any effect of energy production like pollution, global warming, etc.

But the fact remains that people will choose to not turn their console off for every moment they are not using it, whether that be for 30 minutes, 2 hours, 1 day, or 2 weeks. Having standby mode is better than not having any such mode for such scenarios.

Sony (and MS AFAIK) has an ARM CPU that is auxiliary to the main AMD CPU/GPU, that is meant to handle background downloading, instant on/off (standby), and other such features which are less demanding than actual gameplay/internet browsing/movie streaming/etc.

Unfortunately, at least with the current OS/software, the ARM CPU that Sony chose seems underspecced for the job, which seems to be forcing them to NOT use the ARM chip but instead keep the main AMD CPU powered on even in 'standby' mode. This means they can't lower the energy draw drastically, as they intended to. So in the current unit, there simply isn't a dramatic power savings for entering "standby mode", it's mostly a sham. You can read articles on site like AnandTech which go into the detail for that, comparing actual power draw and so on.

Since Sony was motivated to design a standby mode in the first place, and include a discrete CPU for that task (even if it wasn't up for the task), it is almost certain that they will "fix" this feature in future units, which will most likely mean including a beefed up ARM CPU that is powerful enough to handle all "standby" functions including background downloading. Such a CPU might draw slightly more power than the originally specced ARM CPU, but drastically less than the main AMD CPU currently used... And improvements in manfacturing may even mean that a beefed up CPU on new manufacturing process may use less power than the weaker CPU on the old manufacturing process.

But whatever they do with that, current consoles with the weak/underspecced ARM CPU will not be able to rely on the ARM CPU for standby, and so they will continue to draw excessive power during "standby".

PS4 is very fast at cold boot ups and application loading.  XBone is notably slower, and thus standby offers more of a usability benefit.
XBone has much lower "standby mode" power draw than the current PS4, indicating that MS was succesful in designing that aspect of the console... Which is somewhat ironic, considering that XBone needs to maintain CPU resources for voice-recognition "power on" while Sony does not.  Again, nothing prevents Sony from releasing future versions of PS4 with a better secondary ARM CPU to enable lower power standby (and if/when they do so, they should have lower stand-by power draw than XBone, if they forgo voice-activated "power on" ala Kinect), but the current version hardware seems unlikely to achieve that (although more efficient software with less CPU requirements could hypothetically be possible).

Ironically, Sony's PS4 seems to have quieter and colder running hardware than MS' XBone when running games,
despite PS4's smaller case including both 50% more GPU hardware and the internal power supply unit.

I move it around a lot so I always use shut down. Sometimes I forget and use the power button on the console so it goes into standby mode. It complains when after I have unplugged it from standby mode, but it doesn't seem to harm the system.

I see no reason for standby other then to charge a controller. Updates download and install very fast, and cold boot seems as fast as waking up from standby. It takes my projector almost a minute to warm up to full brightness, by then updates have already been applied and the game is running from the last save game.

Not sure... I think there is a setting so you can tell it to just turn off completely rather than default to "standby".

Does the standby power use depend on what features you enable?
Or do you mean it uses more power when it's downloading in standby mode?