Leaked image suggests Microsoft releasing $50 edition of 2012 shooter with DLC and more in October for Xbox 360.

Microsoft will release a $50 Halo 4 Game of the Year Edition in October for Xbox 360, if a leaked image provided to IGN is any indication.

A source provided an image to the site, which suggests the unannounced bundle will include Spartan Ops Season 1, a War Games Map Pass, the Halo 4 Champions Bundle, and digital content released as preorder bonuses and in the Halo 4 Limited Edition.

Halo launched in November 2012 for Xbox 360 and drove $220 million in revenue during its first 24 hours on sale. For more, check out GameSpot's review.

I have been saying that they should get some Halo on Xbox One this year, a graphically improved port of Halo 4 would definitely sell Xbox Ones. 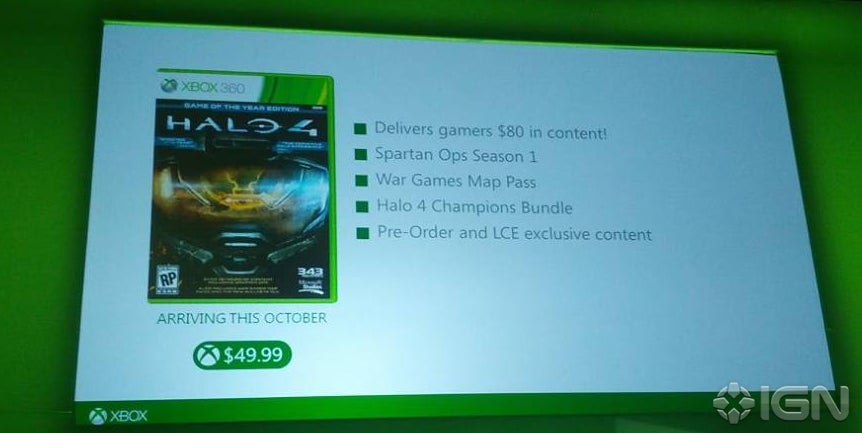 I can't see many people spending $50 on a year old game.

He's ignoring the value of the DLC.

Agreed, 1080p, 60FPS, and sharper textures would have been faptastic.

But maybe it would be best to launch that after the holiday. Because CoD and BF4 are going to own the FPS market.

bit of topic but when the flip are bioware going to release Mass Effect 3 GOTY. I really want to play the dlc