Guys this game on consoles will be magical

it is crazy good with the new fixes (I expect they release a big patch with the fixes and innovations on PC too). 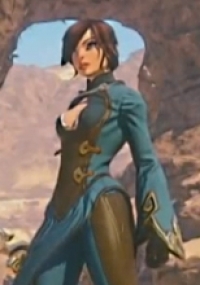 It will be the better version for as long as it doesn't have a real money auction house.

you know Bobby Kotick just pretty much spent 3billion of his own and his investor groups money to buy Activion/Blizzard from vivendi right? you know Bobby loves his money? :D

So I've heard, I just think the real money auction house is what made the PC version even worse.

I don't see the appeal in the fact that the game essentially pauses when someone accesses the inventory. This will drain all the energy out of local multiplayer.

Are you sure it pauses or is it because there are no enemies around?

Anyways.  I quit watching after they got to checking their new skills.  I haven't played Diablo 3, but damn if these aren't some of the dumbest gamers I've seen playing a new video game.  When the guy got the first item he accidently equipped it and then in his menu it said equipped and he was like, how do I equip it, and then after 10-20 seconds the one person was like it looks like it's already equipped.  Once they got to the skills part they kept switching screens being all confused.  Morons.  It's like these people don't read the text on screen and have absolutely no common sense.  "New" flashing kind of hints you to that it's a new skill and to move over to it.

No pause... it is like previous Diablo... the eniemies kills you if you take so much time in the menus.

Diablo 3 is a big mess compared to D 2. Your so call "innovations" won't fix the dissapointment.

I played it on PC and it is great with a mess in fome features... the console version seems to fix everything.

The console version also seems to downgrade the multiplayer section of the game. Game pauses. all people have to stay in the same screen......