Here is my Unbiased Review of Payday the Heist-

There is no story really, just a bunch of missions so I will review the first mission only and that is First World Bank and by that name you would know that it will be a bank heist. The whole mission sets you to try to get the money in the vault which you will have to do objectives to get there.  It is like Left 4 Dead to a degree.  You get to choose when to start the heist but watch out how close you get to security guards because they will spot your gun when you get too close and I don’t know what will happen if they do because I never tried it. I bet you will start the heist unintentionally.  Overall the first mission is good.

There are six missions (eight if you have the DLC packs) and six of them are good (I don’t have the DLC Pack so I don’t know how good the other two missions are). The missions are better with friends because it’s kind of boring to play it alone. The bad thing is that I wish they had more missions to play or people could make their own banks and submit it to let others try to heist it. That had a lot of potential. It would have added replayability and just imagine how many missions there would be right now if they did do that. There will probably be tons right now. The missions have replayability (co-op mainly) but after a while you will get bored of it.

The gameplay is pretty good but it does have its flaws.

The Good: There are 44 challenges which add to the gameplay and it also adds replayability as it will take a long time to get all of them so you will spend a lot of time (replay all missions) if you want to get all of them.  This games level is reputation instead of the common Level one, two, three, four, etc. which it goes all the way to 145 and to get XP you need to get money. Yep money is your XP so if you want to max out the reputation, you will spend a lot of time trying to get it.  The controls are simple to get used too, so if you played other FPS games you will easily know the controls to this game.  Tying up people (not good in real life) adds to how you play because you can either leave him and shoot any cop that gets close to him (practically the hostage will be the mouse and the cops are the cats). Co-op makes you work like a team and it also feels a bit like Left 4 Dead in a sense but with cops instead of zombies. Aiming is good when you up the sensitivity but keeping it at default, it will probably lead to your death so up the sensitivity a little bit and you will be fine.

The Bad: You cannot be on easy difficulty on all the levels. You can play the first two missions on easy and the rest has to be on normal difficulty which they should allow you to be on easy on all missions but no.  There is no sliding to cover which there should be because it will let you get behind cover quicker, which you would need if you are close to death.  When you are in cover you can’t shoot at the cops which are annoying because the cops can do that. You barely have health so you die pretty quickly and you can’t even get bulletproof vests which is annoying because you practically are an open target through the whole game.

Overall they did a good job. The gameplay felt fair but they made mistakes where it shouldn’t have happened like no sliding to cover.  They needed to do slightly better.

SOE did a great job with the presentation.


The Good:  The buildings/guns/people are well designed.  They did a great job with it and there are no texture problems. The gun sounds are good really, it kind of felt like I was shooting a real gun.  The best part I like is that your partner AI’s are not that stupid. They will actually help you kill the cops and when someone/you is down, they will come to assist very quickly which is great.

The Bad:  The enemy AI’s are kind of stupid sometimes like they would act like they are hiding behind cover when there is nothing there which is kind of funny actually but everything else they are smart in many ways but there are times when they are dumb.  There are a few glitches but not a lot. One glitch I encountered was an invisible wall and the second glitch I encountered was people stuck in floors but it only happened once but it is not game breaking in any way.  Loading the game is a bit slow and there are a few Framerate issues that get a bit annoying.

Overall SOE did a good job with this game but it needed improvement.

There is a good selection of weapons (when you unlock them) with a good selection of upgrades which is good. Shoot from far away with a sniper or get up close and personal with a shotgun or if you want medium range distances use the assault rifles. The shooter genre should have a good variety which this game does have. Grab upgrades for each weapon so it will play the way you like to which is good. Like any shooter/action, there is a lot of gunfire in this game. Once you start the heist/mission you will have a lot of cops to kill and it will be a non-stop shooting until you reach the end of it.  They did a really good with the kills; it felt a bit realistic actually.

The bad: there are no grenades. You can’t pick up weapons from the cops that you kill. They made this game a little too difficult to play alone. Bullets are very scarce which it is annoying especially when you use up all your ammo.  Yes you can scavenge from cops but sometimes they won’t even drop ammo.

Overall this game is good especially but it is slightly better with friends. They could have done better but it is still good nonetheless. If you liked Left 4 Dead, you will probably like this game.

Good review bro :) Keep it up 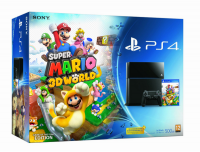 I played this game when it had it's free weekend but it really didn't sit right with me. It's a game like Left 4 Dead, but you're shooting cops & bank tellers, not to cool. (Not that I like cops, but come on, it's pretty sick)

you can't rate a game on story when it doesn't have one. your score for story should be N/A.

Well it has a minimal story(each mission begins where the other left off)  I also have to put in 4-5 categories (which i believe has to contribute to the score so if i put N/A for story that will be 3 which it will be one under the requirement).

Nice review. A quick question, does anybody know if the developers patched the patch already? You know the patch that made enemies freeze and not take any damage among other things. I want to get back in the game and need to know, thanks.

Sony really dropped the ball on this one. They should gave it a bigger budget, added split screen, and put it on a disc.

Its arguably better than most games Sony puts on a disc and it has a lot more potential. This could have been a hit.