Once upon another time I will Make a review on which is what you would call an UNDERRATED GAME. The Resident Evil Series started way back in PS era. Capcom's True Surviral Horror has a number of titles. resident evil 1-3 and 0 (i never played code veronica so i'll exclude) plays similar and are known as the true horror of the series, RE4 played different but a swell good shooter that many say is the best in the series! (fixing the camera which was probably the only downfall from the first games but kept the game even more scary since you couldn't see good). RE5 took a turn and played more as a shooter and while keeping the Zombies not so much as Horror! Dont get me wrong! With a friend its a blast but just not scary! RE6 i haven't played but with mix reviews and not being horror (as people say, i'll exclude this).

Now to begin with RE Revelations review, Im proud to say this game is very done! Especially on a handheld! Lets start with the gameplay(contols).
On the 3DS system it works very spledid despite not having another anolog stick. The circle pro pad can be used for the game which is highly recommended for perfect controls! Other wise while still good, just a little difficult (with moving around and shooting to be specific). With the gameplay its like the classics of RE mixed with RE4 (controlling wise). It also brings back the horror as in being clustered in a tight space(which is a good thing), has an excellent arsenal of weapons, and since on the 3DS.... Everything is one finger away. Need to switch guns? Touch! Need to look at map? Touch! This game makes the other games (RE titles) look so slow when wanting to get everything on the GO!

A new feat intoduced in this game is an item called the Genisis, which allows you to scan hidden things/naked to the eye items(can be used for other things as well.

You play Jill in this installment and have a new partner named Parker. Without going into much detail you go to an abandon ship (not really) and look for Chris and figuring out an entire conspiracy pretty much. You also get to play Chris, and all have different paths and eventually meet up. The partner control by an AI is pretty much useless but can help when swarmed.

The story isn't really outstanding, but whatever at least the horror is here which matters. The other problem is too much of the same enemy with some (very few) bosses. Which is still hard though, so dont slack. The Zombies are new though given an ocean environment (clam, fish looking zombies). You'll be more focused on gameplay than story which is never a bad thing right??? The difficulty isnt too bad if you played the series before. Also not enough puzzles like the other titles (not including RE4-6). Once beaten you unlock Hell mode which is very hard/challenging!

Now for its multiplayer. Its called Raid Mode and its freaking awesome! Instead of your stupid AI being useless grab a friend (also played online which is good!) and play and seperate or work together against a horde of zombies. This can literally play as the story itself IMO. Street pass gives you free items from other players. Loads of weapons, and a small but good list of playable cast (have to play story mode to unlock people and costumes). Trust me this mode is enough to buy the game alone.

Last thing Graphics are very good for being on a 3DS trust me. Looks very realistic and stunning whie giving you that chill night darkness.

Overall This game is underrated for stupid reasons. One its on a handheld (especially a Nintendo one) and being over shadowed by RE Racoon City which was proven to be the biggest joke this year and RE6 which alot of people are telling me this game is so much better (Survival Wise).

Hope this helped everyone, I didn't go into full detail with story for spoiler reasons.

Definetly pick this up people, a great shooting/horror!!! This needs to be Heard!

Great review. You seem to be really good at this XD

I love this game. Raid mode is highly addictive.

srry if i reuse words and not use enough detail, i never wrote articles and slowly learning of writing... Thanks though for agreeing wit me! 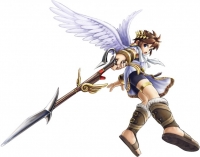 Love this game, the best Resi I've played. I'd give it a 9 myself.

Good to see you gave a 10 for graphics, it is an amazing looking 3DS game. Bit harsh on the story rating I think though, its ridiculous, but entertaining!

Agree with the underrated comments though, this should have sold more. Good review though.

8.5 range seems about right. Game is awesome but could use a little bit more variety.