I am voting yes to legalize Marijuana in Colorado for adults over the age of 21. If it passes I will be puffing my first non-medical legal weed the second it has been confirmed. Have not smoked in two years. Oh baby!! Go Washington, Oregon and Colorado, we can be the catalysts for change!!!

I thought your youtube clip was going to be...

If I was an American I would probably vote for Obama. Hes had quite a good presidency in my opinion. Also there is something about Mitt Romney that makes me want to slap him.
I hope Obama wins and starts to tackle the national debt.

Romney has the right attitude. The current administration is too soft.

All these dictatorships, China, Iran, Russia, North Korea, the Palestinians, and actually most members of the UN, won't thank America if America is soft and overly fair. You need to wear hard gloves against these type of nations. History never thanks the soft.

Obama betrayed Czech Republic and Poland by abandoning the European missile shield in his pathetic attempt to suck up to Russia, only to gain nothing in return.

Obama is too soft on illegal immigrants flooding the USA and if he wins he will implement a huge moratorium about illegals gaining US citizenship.

Obama tries to convince Iran to abandon its nuclear program through negotiations, which is absolutely laughable when not even sanctions would work. War is the only option.

The current administration has been embarrasingly passive on Syria.

And Obama's strategy of offering food to North Korea in exchange for collaboration with the IAEA hasn't worked (The Koreans have just lengthened their program, realizing how benficial it is). Romney has promised to punish North Korea if they don't stop their missile program.

Romney is a stronger friend of Israel than the Democrats. He supports a stronger Israeli position in negotiations with Palestinians and he supports strong American backup for an Israeli attack on Iran's nuclear facilites. We can't wait when it comes to Iran. North Korea aquiring nukes taught us we can't wait.

I also believe it's too early to withdraw from Iraq (and Afghanistan too for that matter). Chaos will follow. 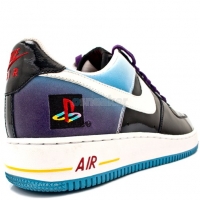 That one is good too but it's not as real as Baracka Flacka Flame, that's the real Obama, he's from the hood!

Gary Johnson. But if it had to be out of the 2, it would always be Obama. Romney's policy don't add up very well. If he's serious with his foreign policy, then what is cutting? Taxes won't increase under him that's for sure, and i don't see how he could create jobs out of thin air. Obama's a bad candidate, but Romney is far worse. Time for the 3rd parties to have a chance i think.

Also, there is one last debate actually, but without Obama or Romney. It has 4 3rd party leaders involved (Gary Johnson, Jill Stein, Rocky Anderson and Virgil Goode) and it's on tonight on Russia Today at 8PM eastern time.

You should all watch, this is the article about it http://rt.com/usa/news/third-party-debate-rt-745/

I will probably pussy out in the end and vote for Obama instead of Johnson.

At least Obama already has been there for 4 years and knows the ropes. I would hate to start over when I feel he is at least somewhat on the right track. I know we cannot keep blaming Bush, but a lot of Obama's first term was dealing with his crap. He has started some of his own problems, but has more or less been going in the right direction I think.

Plus I do not want the same party that was in power with Bush to be in power again so soon.

Are you actually serious? America is going bankcrupt, it can't afford anymore pointless and wasteful wars! Be honest with me, what would going to war with Iran, North Korea, The assad regime in Syria or palestine achieve. If you look back on history, you will realise interveneing in this many wars will achieve nothing. Remember, Iraq? very little has been achieved there, even though the war was over 2 years ago, there is little stability there than under Saddam Hussein. Suicide bombers are still a common sight in Baghdad. Proving, America's intervention did little. And what makes you think America alone,can intervene in all this countries? and do you think of the consequences either? Going into syria, will piss off Russia and going into North Korea will piss off China, so it's just foolish to go there. While going into Iran, will only form another anti-Israel/US government afterwards just like in 1979.

America should be a country that pushes it's weigh around a little, but not constantly starting wars all the time, especially if you can't afford it! America should not be an interventionist power any more

That's why I used the words 'powerful empire' and 'strong force for good in the world' in my first post. It's a sacrifice. 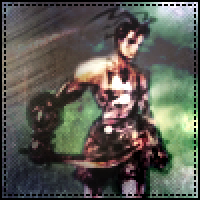 I can't vote for Romney his plans just do not makes any sense to me. There is no way in hell you can cut the deficit and lower taxes by 20%. His flip flopping on issues is also a huge issue showing no conviction in his beliefs and a willingness to pander to gain votes. Obama has been very good in foreign affairs but less do in domestic ones. I however, believe that we are much better off with him and Biden leading than we would be with Romney and Ryan.