Hey Nintendo. I've got something to say.

Yesterday I received my brand spanking new copy of New Super Mario Bros. 2 for my Nintendo 3DS. I literally have not been following it in the news, knew nothing about any premise or setups, and chose to be pleasantly surprised by whatever the game had to offer. But I didn't think one tiny iota that I would be disappointed right off the bat with a new graphical feature.

As a person with a strong opinion on a number of things, I have been known to throw my weight around and open my mouth when I probably shouldn't. Now that I am in my thirties I generally find myself a lot more forgiving of artistic decisions than I was in my teens or twenties. So for me, this is a big, rant-worthy one and I promise it doesn’t come from a fanboy “You ruined my favorite game brand” perspective.

I love my 3DS. I love it more than I thought I would. Games like Zelda: Ocarina of Time, Super Mario 3D Land, and Mighty Switch Force! (shameless self-plug) look great when turning on the 3D mode. The already great graphics pop out and have a whole new feel. But New Super Mario Bros. 2, a game which delivers clean and colorful graphics, simply looks awful when 3D is turned on.

If you haven't seen NSMB2 in 3D, you need to. Rent it, borrow it from a friend, see it in a store kiosk.  Whatever you do, see it! The mechanics of it are: as you slide the 3D slider on the top screen the objects "slide" horizontally in each eye to create the 3d effect, much the same as any other game. But in addition to this, the game is layering a blur effect on every background object being translated into 3d which gets stronger as the slider is pushed further. To reiterate, every object behind the playfield is being blurred, and the more 3d you want, the more blurry it gets.

This is a “feature” new to any game on the 3DS (to my knowledge). Up until this release every game has simply translated objects horizontally to enable the 3D effect, and for those of us who can see the 3D effect, and enjoy the 3D, this new effect is horrible. It sounds so subjective, but I have shown this to many people who are confused and turned off by the effect, and the only remote support was a Nintendo fanboy who was mostly playing devil’s advocate calling it a neat idea.

The blur effect is fundamentally flawed from a functional standpoint as well as an aesthetic one. It literally makes the objects in the background lose enough detail that your eyes can’t see the 3D on the background objects. Some playfield objects and those just behind the playfield begin to pop out in 3D, and feel far in front of the hot blurry mess in the far background, but the subtleties of items existing at different depths is completely lost. Ultimately what you are left with is a game which looks great in screenshots, and without the 3D turned on, but the very key feature of this specific console completely obliterates the great graphics into a blurry mess.

As a developer who has worked on the 3DS, I can see where someone would get this idea. And as the phrase goes “There is no such thing as a bad idea”, but I am sure there is a quote out there that finishes it out with something along the lines of “...but if that idea comes to fruition make sure it doesn’t suck.”

I am surprised this feature saw its way to release for a number of reasons. I do not know if this is an “East vs. West” kind of situation, but I know many people on any of my dev teams would see this in action and say “This doesn’t work very well” or “This sucks, you’re an idiot for wanting this.” (And others may simply commiserate while out at lunch with coworkers, but when more than one person complains about the same thing it usually finds its way back to management to try to be fixed or addressed.) I welcome this kind of an open discourse, but wonder if employees at a Japanese developer and publisher keep these kinds of things to themselves more often, because I have to believe some people didn’t like this during the course of development.

I am also surprised by how strong the blur effect really is. It reminds me of when I bought my first computer in 1999 and had a copy of Adobe Photoshop 5.0. The first weekend I had the thing I stayed up until six in the morning for three straight days just fiddling with filters and creating neat art (which I look back on at times, and find the art to be riddled with lens flares.) There was never a hint of subtlety: you did an effect to showcase the effect. The NSMB2 blur effect feels like more of a tech demo than a feature to be praised or showcased, and I really feel it should have stayed in the demo stage.

But a part of me is not surprised to see this thing out there because I have seen this kind of thing before on other games I’ve worked on (as I am sure many other devs have as well). Someone with some clout had a neat idea and really, really wanted to see it in the game. I can imagine meetings over the course of development going:

Blur occurs in films and photography, and we have all seen how blur works: focus on one object, things behind or in front get blurry. The blur helps to distinguish between foreground and background objects, and even Penny-Arcade started using this from time to time for dramatic purposes. But in 3D simply turning the 3D mode on makes the depth distinct, and you don’t get confused about the location of the player and what exists in the background and what exists in the foreground.

The thing that frustrates me the most is that the whole point of the 3DS console is the 3D effect. No other device is doing it. It’s in the name. I am stating the obvious so hard it is hurting my fingers typing it. This blur effect ruins the very feature that makes your system unique and wonderful.  This is Nintendo making this happen, not a third party developer. This would be like Tesla Motors releasing a diesel engine vehicle. This would be like Apple putting a 56k modem on their iPhone. It would be like Smith & Wesson selling a black powder musket for law enforcement. It is counter to the very thing that makes their product a unique standout.

Nintendo, by doing this you are saying one of two things to consumers. 1) "Some people have a hard time with 3D so we are turning on this blur to make 3D easier to see", which is essentially apologizing for the key feature of your best device currently on the market. Or 2) "We don’t feel the 3D effect is important enough for our customers to keep the game looking good when 3D mode is turned on."

Every game developer should see this for themselves and come to their own conclusion. I for one genuinely hope this is the last time I ever see this effect in a 3DS title.

I highlighted all the parts I found that stood out since this is a blog. But it is a blog by a developer so I guess that counts for something. Do all you Vgcharters out there think this should not have been included?

God did I love that mini-arc.

Now for the OT I have no problem that its in the game, now if every game was like this then yes I would have an issue.

It should have been optional or something. It's a pretty stupid idea.

Does he mean depth of field? Isn't that standard these days.

The clear background is going to be available as DLC. I thought Nintendo made this clear.

I honestly have no idea what he's talking about...

Like I said, I didn't notice it.  I did notice that the 3D in some of the 8-Bit remakes and games like Mutant Mudds and Rayman Origins (demo) look fantastic.  The 3D in NSMB2 was shit.  Luckily, the game was still top notch (if a little familiar). 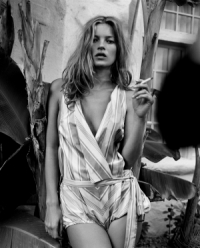 i just turn the 3D half way up. Its way less blurry and the 3D effect is still great! I agree it's a little bit weird they made it so blurry when the 3D is all the way up.