Forums - Nintendo Discussion - F-Zero HD - What do You want to see?

I won't lie to you, this is my most anticipated title for the Wii U *throws NSMBW copy out the window*. Here is what I want to see in Nintendo's next installment of this awesome franchise:

- All previous features remains. We don't need more than 30 players per race, and I don't want any sort of weapon or items since that would shift focus away from the importance of gameplay and driving skills. The machine creator could be vastly improved though.

- Death Race to return. One of my greatest wishes: Me and my friends even want this so badly that we sometimes set the number of laps to infinite and start killing eachother in F-Zero GX. While this game mode was no more than decent on the N64 version, one cannot fail to see the massive potential this mode has to offer: Dangerous maps specifically designed for this mode with less walls, less regeneration zones (or none at all after a certain amount of laps) and more lava. Specific rules preventing people from driving too slow, or too far behind everyone else (obviously resulting in death). Perhaps even team matches would be a fun addition?

- Great online features. I would understand if they cannot make 30 player online matches, but Mario Kart Wii managed to pull off 12 with the Wii hardware so I guess hope is not lost. An even better example would be the 32 player supported launch title Perfect Dark Zero for the Xbox 360. I would prefer server-based online over matchmaking, but I guess both works as long as there are a few options to choose from.

- Cat & Mouse mode. Here is my WTF-wish (or more appropriately: 'dream-wish', I suppose). Imagine a race in local multiplayer where there are five contestants: Four co-operating on the TV, and one using the Wii U tablet. The tablet user's sole purpose is to kill the other racers. With his screen, he is able to place traps on the map while also having an infinite amount of energy, making it easier to catch up with the others who's purpose is to dodge all the traps and attacks from this guy and reach the finish alive.

I know, most of my wishes probably won't happen and some may sound like outright stupid ideas. Luckily, I am proud to announce that my fuck reserves got wasted a few days ago when my cat fell off the roof.

F-Zero has been gone for a long, long time. I hate to be fanboyish about it, but WipEout has filled a big gap in the futuristic-anti-grav-racing market (at least, for me). And it's become so well developed these days (HD Fury was fantastic), adding new game modes (Zone, Zone Battle, Detonator etc.) It's really good at what it does.

But, F-Zero used to fill a different gap in the market. Races seemed faster, they were more hectic (30 racers), courses were wider to accommodate this. It was hard as nails. There were different mechanics.

What I'd like to see from a new F-Zero game is just developing more of these ideas. New game modes that work within this structure - Cat & Mouse mode that you described sounds incredibly good (genuinely, a really interesting idea). Some more stuff along those lines would be really cool to see.

I'd also like to see it with really nice online features too. I mean, 30 people racing online at those speeds would just be awesome to see.

Also, I'd kind of like to see the studio that made GX make it. They did a really good job with that game. It was one of Sega's teams, wasn't it?

Indeed it was (and they did a fantastic job). Sega is a true veteran when it comes to speedy games!

The only thing I want to see about F-Zero HD is it's existence. I'd be happy enough with that.

Basically F-Zero GX with 30 Player online and leaderboards for me. Oh and heavy advertisement, I don't want it dying a horrible death saleswise, justifying another long gap before the next installment.

Which is where the excellence of Nintendo Land comes in. If they pack the game with every Wii U sold, every Wii U owner will be familiar with the series.

...but yeah, some great ordinary advertising to complement that wouldn't be a bad idea.

Yeah I agree, Nintendoland has a lot of advertising potential.  On the Gamecube, the main reason I took and interest in, and upon release bought, Starfox Adventures and Metroid Prime was because I was familiar with the main character/s and the series in general from Super Smash Bros Melee.  Similarly, I imagine the popularity of Brawl helped Kid Icarus: Uprising not only gain exposure, but also sell to those not familiar with the NES and GB games. 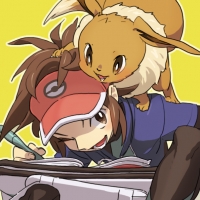