This is probably my number 2 biggest game that I am waiting for on the 3DS! So enjoy if you have not seen all this yet!! Video should be new.

The sequel's described as an "entirely new game" featuring not just one, but "several" new mansions.

Nintendo explains: "Different types of ghosts haunt the different mansions. Luigi must figure out how to defeat each one of them and find hidden secrets to unlock new areas and treasure chests. These new elements add more variety and introduce new puzzle-solving mechanics."

It's enough to make you reach for Luigi board...

It's always disappointing to switch on Most Haunted to find, at best, a hysterical make-up lady shrieking about 'cold spots'. If you're after proper ghosts then you need to visit Luigi's mansion - it's absolutely crammed full of the spectral blighters.

This surprise sequel to the cult GameCube title is one of the finest small-scale games we've played in some time. We don't mean that as an insult - Luigi's Mansion's, er, mansions may be relatively tiny compared to the enormoworlds of your average 3D platform game, but they're stuffed full of incidental detail.

It's all thanks to the Poltergust 5000, one of the most fully realised weapons since Super Mario Sunshine's FLUDD. One button blows, while another sucks - it's pretty much like changing channel from E4 to BBC Three.

Its primary function, of course, is sucking up ghosts, but much of our fun was derived from using it on anything but. Sheets ripple convincingly in the wind before vanishing up the tube; chandeliers rock as you direct the nozzle towards them; candles puff out in the man-made breeze. And the best part?

These actions reveal metric tons of coins and dollar bills, which you can put towards... well, we have no idea what you do with all this loot yet, but the thrill lies in the collecting, not the spending.

Amid all the sheet-sucking, door-rattling, coin-grabbing fun, we almost forgot about the ghosts. Luigi notices these before you do, assuming a stealthy, cautious and somewhat unnerving gait whenever a spectre is in the vicinity.

When said spirit manifests in the physical realm, you have to quickly tap A to chuck a flare in its direction, stunning it and giving you enough time to reel it in.

The actual ghost-wrangling is the hard part - unless, like us, you've spent hours training in Ghostbusters on the Wii. The process is the same here: pull against the direction the ghost is moving, and you'll have that rowdy 'geist in your hoover bag in no time at all.

Spirit-hoovering is fun for the most part, though it can feel a bit exhausting performing the same tactic over and over. With greater ghost variety, more equipment and a few powerups, that problem could be alleviated - and it may well be, as we've only visited one mansion so far

Who is the green guy? Some version of Mario? 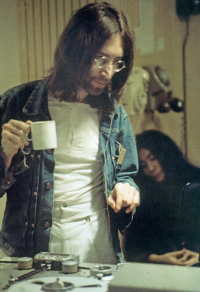 First one was really fun, and this looks like it will be too.

Guys that own a 3DS--this thing looked simply incredible in 3D, didn't it!? I went from not giving a shit to actually giving a fuck! I'm gonna buy every game they previewed (except Paper Mario).

The 3D video preview was indeed amazing, some of the best usage of 3D in any 3DS game. I was going to get it anyway since I was a fan of the first one, but the video just made me want it even more

You should be ashamed of yourself.

Gosh, this will be the first Paper Mario on the go....

Why you skipping Paper Mario??  Did you not like the previous versions?  I can't get enough of Paper Mario myself.

Nah.  Loved Mario RPG on Snes and Mario & Luigi Superstar Saga on GBA but I couldn't get into Paper Mario.  Just not my style, I guess.