300 sounds about right to me...i still don't get why everyone thinks the NGP is going to be soo much more expensive than the 3DS.  the 3DS has two screens -- the NGP has one screen and more raw power.  it's a bit of a tit-for-tat.

Wow if this is true I wonder how much Sony will be loosing on every unit sold.

Being that the launch date is 1/1/2012 I suspect that this is just guestimate/placeholder data ...

While retailers may get the official price before customers, I'm not convinced that Sony would have settled on the final launch price (roughly) a year before the system releases. After all, they will probably make that determination when they have a much more final estimate on the manufacturing costs; and they see how the 3DS sells at its $250 price.

I call fake on that,349$ will be the price people,mark my words 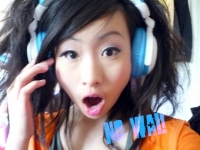 It may turn out to be $299, but I still think that it is remarkably unlikely that Sony will have settled on a price at this point; and the knowledge of this price would be so widespread (prior to an announcement) that a low level data entry clerk would be told about it to enter it into a PoS system that could be read by all employees.

Sony (probably) has a price they're targeting at this point in time, but given that exchange rates can change dramatically in a year, and manufacturing costs can be quite a bit different from initial estimates, I highly doubt they would have set their launch price and announced it to retailers yet.

You know it's doomed, who are you trying to convince?? Yourself??!!

3DS has much lower resolution screens, even with the 3D, also the entire back of the NGP is the multitouch surface which isn't cheap.

Overall the build cost of the NGP is going to be much more than the 3DS I'm afraid.  I do love the dual analog sticks and front touch screen, but I think the back touch surface sounds very awkward and unnatural to use. We'll see.

Good points. The iPod touch has a much weaker cpu/gpu, no physical buttons, no 3G, no back trackpad, etc... NGP is going to be expensive or sold for quite a loss, imo.