Speak and he comes.

Ruler posted something on PullusPardus's wall:

noname2200 posted something on PullusPardus's wall:

VXIII posted something on PullusPardus's wall:

We need to talk .. I feel offended, you need to apologize

Also, what are you doing in UK, the weather is getting better in Kuwait.Now we have a waterfall and all.

In the Avenues mall, near the parkings:p

That mall will take over the whole country someday. last time I saw it, it was huge.

That video by brother Rachid is a strong message.

Always find you in the strangest places Padib.

It is like easter eggs all over the place, and easter all over again.

Interesting, I think this was before your happy dolphin faze.

Is she the 4chan girl?

Vivian or whatever :P

amp316 posted something on PullusPardus's wall:

I read your comments with Sean Connery's voice

Thank goodness for that. If you didn't, they would sound as cool.

Ps3 posted something on PullusPardus's wall:

And one for you! 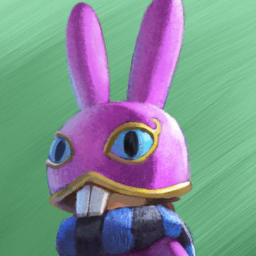 Thanks for the friend add! Have a great Gaming weekend of fun.

Is it just me or did you move?

Kind of did, I just need to finish my degree there :)

I better brace myself...

I actually got banned for dissing Uncharted twice, they think i'm trolling but people are coming to their senses recently calling it "unchartification of gaming" -shrugs-

That's why you have to vote for kirby007 for mod! No more silly bans!

VXIII posted something on PullusPardus's wall:

I haven't added a game to the collection in years, i have much more games than that , and the game ratings are only for games that i fully enjoyed.

Xen posted something on PullusPardus's wall:

Well done with the "qutting hardcore gaming" thread, I gotta agree with you on most things there (I posted about it).

How are things going aside from a gaming "purification"? (had one similar to yours late in high school, purged many western games to ebay).

I've been doing really good actually, trying to focus more on my health at the moment since I've been ignoring myself for awhile (has nothing to do with gaming, actually more to do with university) , going to graduate soon and study Engineering (software or hardware can't decide yet) , still a loner, since I keep getting distracted , can't keep a relationship but that's fine really.

I've actually been doing this for quite awhile not just recently, just now I felt bored so i wanted to write about it lol

Hey, changed location to Britain. Nice!
Graduate with a degree in what, though? Bachelor of (some kind of) engineering and you intend to start a masters' ?
Good luck with your health, I'm going through a bit of a trying time, so I'm trying to eat better myself.

I feel the need to write about the same frequently, but I'm either too lazy, or it just turns out extremely hateful and acidic. But indeed, it needed to be said for some of those games. Fucking QTE's dude... oh my god.
Also, the blind love for Uncharted among most people here is staggering. Last (or early this year) I played GOTY 2009 UC2. Do you think it was anything near worthy of GOTY? No. It's Worthy of an 8/10, in the best case. Mostly a senseless bore, I'd say.

I'm graduating from Law and yeah starting with masters, some people think that graduation and post graduation is a waste of time, but I really like to learn things, so even after masters i'll probably continue studying, funny thing I hate exams with a passion, I like learning but dislike when I fail because i didn't express myself the right way.

what are you doing with health ? i'm eating mostly veggies, with fish and avoiding Milk and Beef, working out a lot, I've actually lost a lot of weight when I came to UK so much that I had to buy a lot of clothing again (even though I am totally broke lol) , I look like a hobo right now with large clothing.

yeah, I really never understood the hype for these games they're not the bestest things in the world like most people make them to be, and a lot of people here thing i'm just a hater.

Post graduation a waste of time? Hah. They couldn't be more wrong, especially if you want prospects for a nice job in Europe. I like learning, too... not a fan of tests either. Frequently there is some kind of lame trick in them.

I eat lots of fish, veggies/fruit, drink a lot of tea (green, with lemon), though I do get a balanced portion of white meat and dairy... gotta get that protein and calcium some way other than fish and nuts... too lazy for exercise, though. It's not like I lead a stationary way of life, either, so it works out.

Hype is rarely justified though... I mean, even Ryse has hype. Think about it.

Actually, what am I saying? You understand my thoughts of Ryse :D

Keeping on the topic... BF4 has hype... look at some of its single player, just disgusting and pretentious... I promise this is my last post for now :D

Yeah and those threads about BF4 PS4 vs XB1, really...
that game looks very generic.

It doesn't look like much above current gen, really... but their tryhard soldier acting is the shit that pisses me off.

I'm still interested in a full-blown GENUINE comparison to see just how much of an advancement from 7th gen we'll have. So far it seems like... not much at all.

and they added a female soldier that always talk about how much of a woman she is and reminds everyone, she's a cookie cutter stereotypical character.

Forgot to add that I've stopped with all junk food completely, but I suppose that's obvious :P

Jay520 posted something on PullusPardus's wall:

I'm curious, what did you think of The Last of Us?

at first I thought it was an Uncharted but in a different setting, it starts really slow at first and I disliked it, had run into a lot of glitches (that most people don't believe me) , but after that long start I actually started enjoying it, I wouldn't call it "Citizen Kane" of games , not by a long shot, but its pretty enjoyable.

I like the interactive/ stealth parts more than the "Shoot a lot of humans" parts that kind of like uncharted.

That OP deserves a friend request :)

Yeah I dont like that Google is forcing us to change our names or associate our Google+ accounts with our YouTube accounts.

Funny thing is I already had a google+ account that was associated with my youtube....now cause of this recent change, I now have two Google+ pages....for the same channel >__>.

They made me make one which I wont even use l0l.

But its funny how you can have multiple Google+ pages for the same account.

Actually, make that 3 since I made another one few months ago...but decided not to go on it....ugh XD.

Yeah i had that as well, but I am kind of a person who doesn't like multiple accounts, so I just gave in.

PullusPardus has 81 friends (view all)