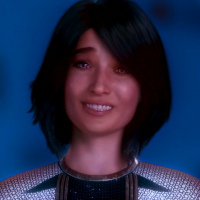 Maybe.
As of now we know that it is going to sell well in the first 3 years as we have a clear idea of what games to expect. And those games will help Xbox to maintain its sales momentum. For the latter half of its sales cycle ( year 4, 5, 6 where usually they sell the most consoles) it is too early to say.
Another thing that will play a huge role in all this will be Gamepass. Gamepass will be basically the deciding factor in the years to come.
Third will be price to build a PC. If that price will hover around $2000 for a decent 4k/60, 1440p/120 then it will again benefit the sales of Xbox.
Mid gen refresh and special edition will contribute too.
My prediction is anywhere between 75 Million units to 90 million units as of now. (Difference between lower limit and upper limit is high because current data is not sufficient)