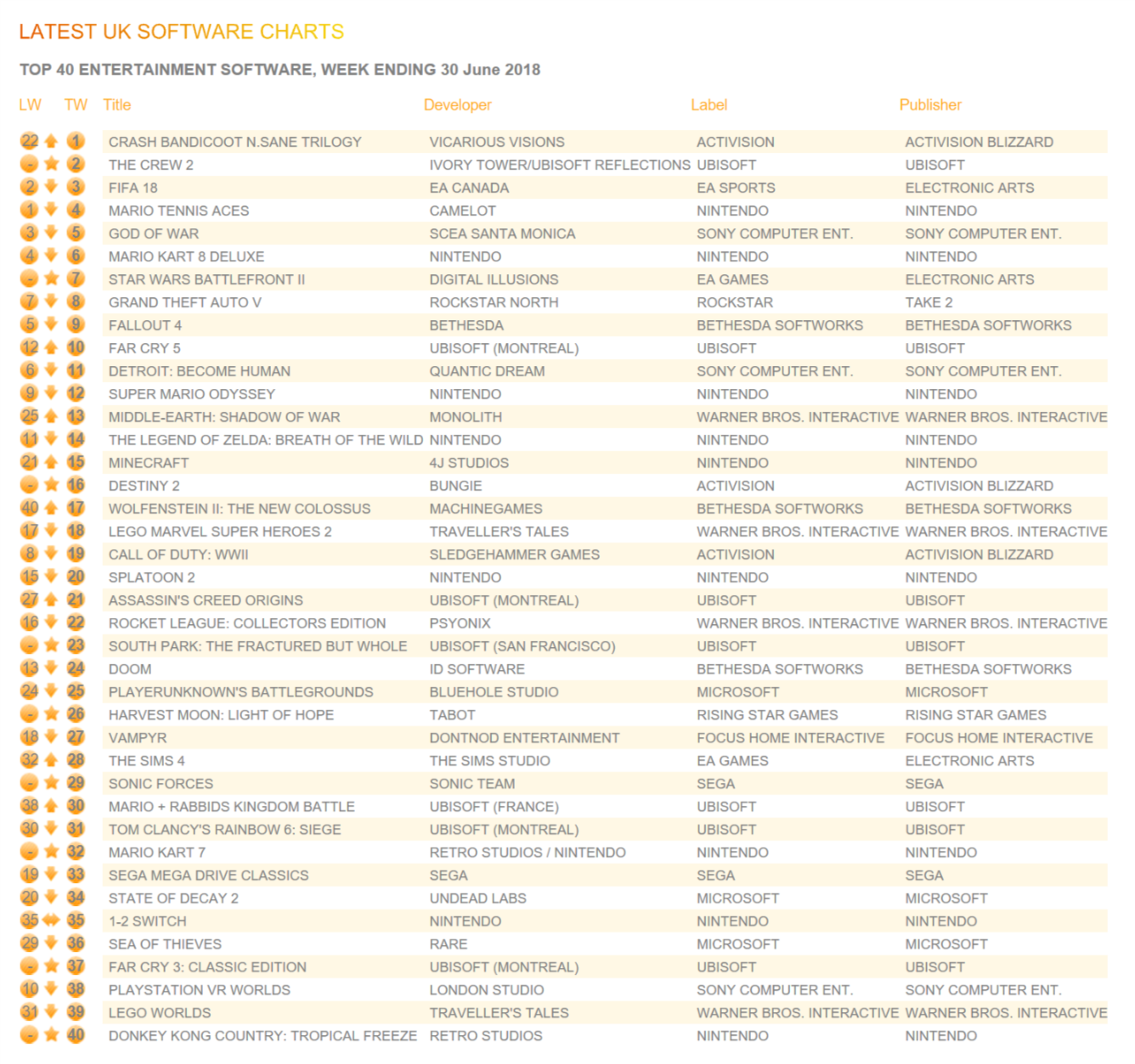 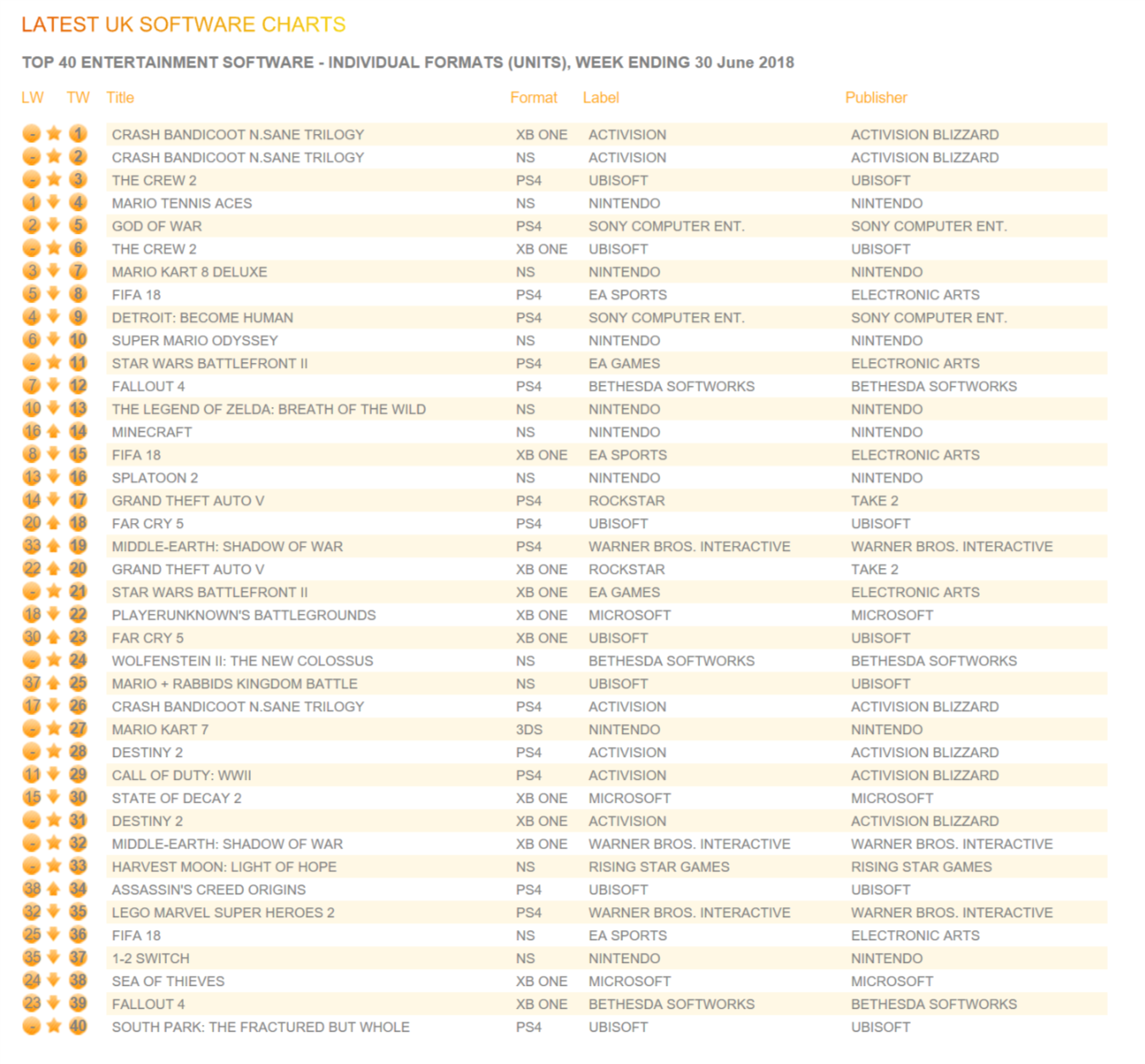 ‘Crash Bandicoot N.Sane Trilogy’ crashes back in at No.1 with an Xbox One launch Activision Blizzard’s ‘Crash Bandicoot N.Sane Trilogy’ returns to No1. Previously only available on PS4 it is joined this week by Xbox One, Switch and PC versions, propelling it from No22 to the top spot. It now has a total of 8 weeks at No1 and knocks ‘Mario Tennis Aces’ down to No4. ‘The Crew 2’ from Ubisoft has to settle for a debut at No2 ahead of ‘FIFA 18’ which drops one place to No3. A large retailer promotion gives a few older titles big sales jumps; ‘Star Wars Battlefront II’ re-enters the Top 40 at No7, ‘Middle-Earth: Shadow of War’ jumps from No25 to No13 and ‘Destiny 2’ re-enters at No16.

"The Activision game rose 21 places on the back of its release for PC, Xbox One and Nintendo Switch. This week the Xbox One version was the best-selling version, but only just - it beat the Switch edition by 250 copies."