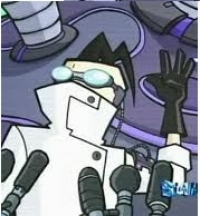 35.5 million sold last gen.
But out of that 35.5 million, MKWii sold 2.1 million aligned first week. (Just 6%) And MK was already established as a mega franchise by that point, almost 10 million on N64. Almost 7 million on GCN. Approaching 13 million on DS by that point. Wii was all about legs; we'll see if MK8 is at all similar.
I admit I expected at least a million from MK8 week 1. And I do think it will be more front loaded.