It was hard to miss the controversy with Trump's NFL speech.

Anyway seems some people really don't know the rules and this is a lovely summary.


Wouldn’t you love to see one of these NFL owners, when somebody disrespects our flag, to say, "Get that son of a bitch off the field right now. Out. He’s fired. He’s fired!" You know, some owner is going to do that. He’s going to say, "That guy that disrespects our flag, he’s fired." And that owner, they don’t know it. They don't know it. They'll be the most popular person, for a week. They'll be the most popular person in this country.

When the NFL ratings are down massively, massively. The NFL ratings are down massively. Now the number one reason happens to be they like watching what's happening... with yours truly. They like what's happening. Because you know today if you hit too hard—15 yards! Throw him out of the game! They had that last week. I watched for a couple of minutes. Two guys, just really beautiful tackle. Boom, 15 yards! The referee gets on television, his wife is sitting at home, she's so proud of him. They're ruining the game! They're ruining the game. That's what they want to do. They want to hit! It is hurting the game.

But you know what’s hurting the game more than that? When people like yourselves turn on television and you see those people taking the knee when they are playing our great national anthem. The only thing you could do better is if you see it, even if it’s one player, leave the stadium, I guarantee things will stop. Things will stop. Just pick up and leave. Pick up and leave. Not the same game anymore, anyway.

Also, I don't see why it's bad to "disrespect" the flag? People always complain about protesters getting violent, getting a flag and destroying it is much less of a risk that I guess could help release anger and frustration.

Who gives a shit about a fucking flag?

Nationalism is a cancer, and the ignorant people bashing the NFL players and LeBron/co. only prove my point. 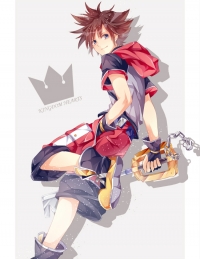 I love the spin and twisting of words the news does with Trumps words. Making it seem he solely attacking African American athletes. Of course that is not the case. What does that have to do with what's said in this thread?  If anyone's spinning it's you.

Indeed + those NFL protests are done in my opinion in an unharmful way. If their was a big group in the game boycotting the games with loud noises/throwing stuff etc...Alright I could understand it but it just seems all so silly.

The USA flag design is just so awesome that I feel like others are destroying artwork. In fact I like a lot of flag designs.

Because Trump said get those SOB's off the field. And the news twisted his words. People have the right to stand or sit. It doesnt harm me. I have plenty of friends and family in the miltary so I do it for them not for me. Im not exactly religious yet I hold my hand over my heart and respect "In God We Trust", and respect the flag and what it means for this country.