The real reasons behind mid-gen refreshes

It's only a way to spur interest in their investment. If Sony wants to retain gamers in their ecosystem by releasing a more powerful version of their PS4, MS doesn't care if people migrates to PC or not. What we have here is two different approaches. They will hop on the 4K bandwagon because they don't want to be left behind, they will also hop on the VR bandwagon, on the game streaming bandwagon just like they hopped on the gesture controller bandwagon.

Create interest in their consoles by using newer technology available is imo the reason they create these mid gen consoles. If Sony didn't want people to migrate to PC they wouldn't release PSNow with PS4 games on PC. Same as MS wouldn't come up with the Play Anywhere program.

Ofcourse they care. XBL and PS+ are cash cows. Gamers that go to PC don't need to pay for online and can just as easily buy games without giving MS a cut in the windows 10 store.

Yet there's always more money to be made including PC as well. MS wants to promote windows 10, hence play anywhere. (which is just windows 10 + xbox one) Sony doesn't have an OS to promote, for them PS Now works. That can actually work anywhere and makes money on its own, while the best experience is still to be found on console.

I kinda agree that they want most people to pay for both PSN and XBLive because these services generate lots of money and the big goal here would be to convinve PC gamers to pay for these services... which I doubt will ever happen.

But let's not forget they make more money when people buy games and then buy DLCs than just paying for Xbox Live or PSN.

Sells other tech sony need to take off, X1 is just following suit to try and reclaim more market share. Nintendo do it just to let the costumer know they own you and Apple to it with tech because people are fickle and stupid.

I think MS will be more patient this time with Windows 10 Store. When there are more AAA games in the store people will slowly get in. Just like EA Access the more games in the vault, the tougher it is to resist when you have and X1. Also Game Pass will also be on PC once there are enough games in the store.

The biggest reason for me has to be making money for double dipping, 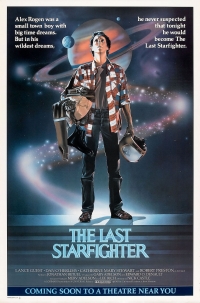 I think it's mostly due to changing consumer expectations. The phone and tablet market - and the DS ecosystem - have made users accustomed to more frequent hardware updates. Things seem older, quicker now. PS4 Pro is the "s" of PlayStation's iPhone cycle.

I obviously agree, and with the Switch, Nintendo is objectively offering irreplaceable software and hardware experience in one single product.