Something just seems fishy about it to me, it sounds to good to be true, but I'll let you judge for yourselves here's the Nintendo Insider article;

"GameSeek had made headlines when they opened their Nintendo Switch pre-orders at such an irresistible price point.

Before we were given the chance to learn more about the console at the Nintendo Switch Presentation 2017, the online retailer attracted attention when they priced it at £198.50 months earlier.

We would later learn that Nintendo Switch would carry a £279.99 price tag in the United Kingdom, but GameSeek soon confirmed that they would the price for the near-thousand pre-orders that they had received.

Now, GameSeek has revealed that deal will soon return. Those wanting to secure the same Nintendo Switch deal will be able to pre-order the Neon Red and Blue console at the same price.

“GameSeek is happy to announce that our customers will have another chance to pre-order the highly anticipated Nintendo Switch console at £198.50 before release day,” GameSeek writes.

“You may remember our big news last month, following the Switch reveal by Nintendo, where we confirmed that we’ll be honouring pre-orders from customers that purchased the Nintendo Switch from us at £198.50 – over £80 lower than the £279.99 RRP.

“This time we will be doing the mega offer on the Neon Red / Neon Blue Nintendo Switch consoles. We can also guarantee that the customers who pre-order at £198.50 will have there Switch consoles dispatched before release day!

GameSeek recommends that those who are interested set up a stock alert on their website, in order to be notified when their Nintendo Switch deal becomes available."

I remember this site did an article about this before. They basically wanted the early traffic and didn't believe Nintendo would price their console so high - so yeah they took a big hit on that stock.

Surprised they are willing to do it again. Perhaps the ads on the site and the traffic on the website are enough to justify that hit.

Fallen off a truck, barely damaged. Certainly a tad more tempting at that price.

Can you import this from them? 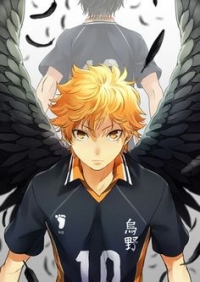 A good deal if it actually happens for those in Europe. In the US, although it only comes out to around $247.85 at current exchange rates, between shipping costs, delays, and otherwise, the one I'm getting from Amazon is still the better choice.

Oh nice, great deal to get it cheaper then!

Something fishy here. I reckon they were informed of a lower price by Nintendo and then Nintendo Japan decided on a higher price so Nintendo UK honoured their original trade pricing based on a £200 retail price. Perhaps Nintendo allowed them to buy a certain number at the reduced price which was beyond its pre-orders so some extra will be available. There certainly isn't going to be a profit margin that allows that level of discounting and games consoles have a notoriously low retail margin. The profit is in the games and accessories.