The insider has added to his original post. I have to say though, it's too late, fella, your wording has done some damage:

Also the word "Sacrifices" is being blown out of proportion. There are sacrifices made when making a console version of a game as compared to a PC game or when making an XB1 game as compared to a PS4 game. Don't expect PS4 games to all of a sudden become shit just expect them to run better on PS4K. I would expect a game that is really pushing the graphics envelope to run at 1080p 60fps on PS4K while the same game might run at 900p 60/30fps on PS4. Just the way I took it. 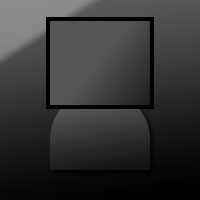 Here is a better rumour: Your last point made me think, there's always been this divide, these are "gaming" machines, but there's always this push for realism, where somehow graphics dictate how good a game is. A good "GAME" is hopefully fun, you have a good time while playing it.

This is the Dungeons and Dragons I grew up playing... lol

If the ps4 had to run just cell shaded basic graphics to run psvr well, I'd be happy, but games like RIGS prove the ps4 is QUITE capable of running modern 3d graphics while tracking head movements , 2 motion controllers, AND produce a second video image, plus handle 3 other controllers.

Honestly I think the ps4 has a ton if life left in it, 2 years easy if Nintendo's new console doesn't overpower it, and if Microsoft doesn't release another console the life could be even longer.

4K is definitely the future but there's not enough 4K TV sets out there yet, and 4K capable PC gaming rigs cost around $2000, unless AMD is willing to drop a custom generational leap processor in Sony's lap on the cheap, a REAL 4K gaming console is NOT releasing BEFORE October of 2016.

The fact big name media outlets are running with a ridiculous rumor is sad.

I maybe leave my PC and move to console if this happend. Hate all the weak console and 30 fps.

Agree with all of this.

People will not fall for those rumors, we are on April 1Th, the Only people that want  Consoles to be Upgradable, so is better became a PC Gamer, we are 2  Months from E3, we will need to wait until then,  of course it affect the Sales in a Negative way, because IGN, and other Massive Video Game Chanels, are reporting it, but those rumors will vanish soon.

Exactly what other guy said, 4k gaming will not be fully ready for a while. Especially on consoles. Im thinking next gen to be 2160p or 1440p ish. Really? if this becomes a trend in consoles I would do the opposite, it breaks one of the key benefits of the console model around fixed hardware raising dev costs and consumer costs. I currently game on both consoles and PC's but if this happens across the board I think it would be the death blow to consoles and better to just ditch consoles all together.