Some of those SNK bosses have given me nightmares in my childhood, and can easily be listed here for me.

Other than that, one that comes to mind for me is Penance from FFX International. It was pretty difficult before you find the right strategy.

The Red Skull in Captain America and the Avengers on the NES.

Jeane in No More Heroes is indeed pretty savage as somebody already pointed out. Dire Miralis in MHTri U was a world of "lolnope."

The semi-final boss in FF Tactics A2, whose name i do not recall. She had this ability to full-heal herself which she could use at any point at no cost to her. Would've been easier if the devs had just replaced her with a giant hand flipping the bird leading to an automatic game over...

Jeane is the one that one-hit kills you when she's almost dead?

The current ones that gave me a hard time that  can think of is Satan and Lord DeRosso from Bravely Default. It was so frustrating when I would be doing so well when they suddenly kill me in a single turn... >: ( 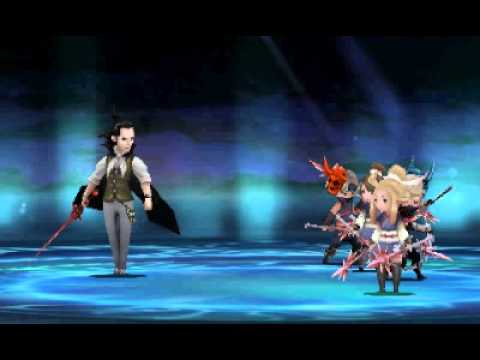 Dude, SNK final bosses in their fighters were stupidly hard. They were the main issues of those games. Too dang hard! >: ( Rugal I hated so much...

I was sleep-frakked during the last leg of Resident Evil: Code Veronica X, so I kept backtracking when I didn't have to, used up most of my ammo and fought the final boss using only a knife. Which is absolute bullshit, but it seems nobody in the world points out that flaw, but anyway.

@OP: recently I had trouble with Meta Ridley in Metroid Prime, but he's more annoying than hard. Then there was the Joker in Batman NES, which is more unfair than anything. Majora's Mask first form was also annoying without knowing what to do. But that's recently. In the history of ever, I don't know...

That seven forms guy from Gunstar Heroes can be hard as fuck depending on which forms he chooses. Cloud of Darkness in FF3 is hard because of bullshit. The final boss of MG Rising is also pretty tough (plus, it's ridiculously over the top, oh my god). And I remember having the hardest fucking time with Yunalesca (FFX) and Sigma (MMX4). And Sephiroth in KH2, Jesus. But granted, that's a superboss.

Yellow Devil from the first Mega Man is supposed to be hard, but I shamelessly used the pause trick. Yiazmat from Final Fantasy XII, though not an overly difficult boss, was a painful experience that caused me to rethink my life. It took me literally three years of on-off playing to beat it, and I got nothing as a reward.

Every boss from the rebooted Ninja Gaiden series was a pain in the arse.

Anyways, I always hated Velius from Final Fantasy Tactics. If you didn't prepare for his fight, that bastard was a complete...er, bastard.