Killer Instinct is a 'frontline game', not a 'cash in', says Microsoft

Forums - Microsoft Discussion - Killer Instinct is a 'frontline game', not a 'cash in', says Microsoft

Killer Instinct, an Xbox One launch title, is a "real frontline game that people will fall in love with" and shouldn't be viewed as a "cash in," corporate VP of Microsoft Studios Phil Spencer has told OXM.

Asked why the decision was made to bring back the fighting game franchise, Spencer said it felt like a great fit with what the Xbox One can offer gamers.

"There were a couple of things. We wanted to pick a game that we had the passion to build," said Spencer. "We had the internal team with Rare creative people - there were certain people that I wanted to make sure were close to this experience to make sure it's tried and true. People ask me about Rare and I always go back to, like, Battletoads, but there aren't many people from those games that are still around.

"We had a core of people that still understood what Killer Instinct was about. We thought some of the features of Xbox One, like asynchronous matchmaking where while I'm actually fighting it's setting up my next game, made a great mechanic for a fighting game. I won't say the things on Twitter had no impact on it, I wanted to bring back something and Killer Instinct just seemed like the right thing."

Fans of the series should expect the real deal, says Spencer.

"We are building this to be a great fighting game," he said. "This is not some hacked-off remake. We're working with Mad Catz on control, we've got Rare people looking at it. We've got people focusing on how it's going to play because we want to build a great fighting game built for a live ecosystem. This isn't going to cash in on the name; it's going to be a real frontline game that people fall in love with."

Killer Instinct will be available at the launch of Xbox One in November. I never felt like it was a cash-in. It seems like they put a lot into it and they've been showing the game off every chance they get. 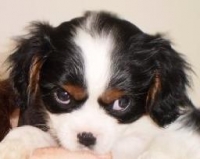 Strange why did he come out so defensive about it not being a cash in or hacked off remake, i know they have been on the back foot a lot lately with the press.

Killer Instinct will never be a frontline game but bring it back is much appreciated MS...just wish Rare was moreso behind it than Double Helix.

I think he's defensive because fighting games are more of a 90's thing. The only way this turns out to be a good seller is if they have found a way to make it an all new experience, not just fancy new graphics and kill animations. Just like Project Gotham Racing, fighting games always seem to make it back for a console launch... They also are VERY responsive with their online community board, and they have done tweaking in directions that fans were vocal about. Tell that to the EVO crowd and people who make a living off of fighting games like Daigo and Infilitration.

There have been quite a few fighting games the last few years and they seem to be doing well. Even the PC has been getting some fighters lately to, they just got MK and are getting Skullgirls as well.

I guess my comment was more to his proclamation that fighting games are a "frontline" or top selling category.  Fighting games will always have a niche market (i will probably buy it), but they aren't really a frontline category IMO.  Maybe i am just not following it closely enough.