#1 Retail Game On EShop! Speculation to Why Fire Emblem Sold Over 350k

Does My Speculation Work Out That FE Awakening has over 100k Downloads?

It doesn't matter if Excitebike is DL only and FE is not.

Since Excitebike is DL only, that means EVERY review is a game downloaded on eshop.

Now no idea how many people review a game.  could be anywhere from 1%-100%.  I would have thought Nintendo would have released Excitebike #'s at some point so not sure why the OP is using reviews as a reference and not just finding out what known excitebike numbers there are.

I don't feel like guessing as to FE numbers.  Not a big fan of predicting, in time we'll find out.  I hope its a big number and thus leads to more Fire Emblem games in the future.  Felt like too long of a wait since Radiant Dawn came out.  No I do not count those remakes.

Thank you for understanding it, You dont have to predict but at least you kno the minimum this game did Digitally! 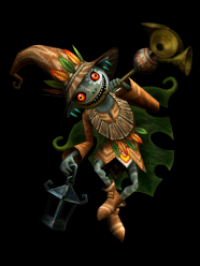 I'ts plausible, especyaly when we take under consideration that alot of retail did'nt get their copies in time, meaning that alot of ppl had to buy it online. 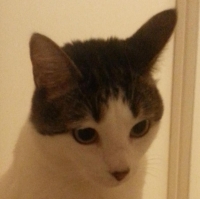 Aren't the USA and Canada eShops separate?  I remember reading somewhere else that the charts are different there.  Therefore we are seeing 27k just from USA, and X amount from everywhere else.  So when we look at that, 27k reviews with 100% reviewing it is nearly impossible.  + the extras from other parts of North America put it higher.  If we just use USA sales, then 200k isn't right for the FW. Yeah except most people do not review games. By your assumption that everyone who ever bought Excitebike, reviewed it, is wrong. At the very most I could entertain from an opposing debated would be 50% of people reviewed it who bought it. That's at least 50k sales at the #14 mark.

Well, It should be well ahead of 50k sales, probably around 100k.

Apparently Excite Bike sold 481k in 2011. I highly doubt that, if this is true, its number is much higher now. However, if this is something to go by and that 481k is the global number, we can assume that it's mostly split off with Japan taking 1/2 of the sales, leaving it at 240k appx. Then between Europe and United States, I would probably round down to 200k for reason that there are other regions besides these. Then I would at least give the US half of those, leaving it at 100k. I think that is fair to say.

But how do we know that the best selling chart on the 3DS eshop is life time? Maybe it's just the best selling game in the last year or something like that. And wasn't Excitebike free for a while? It probably doesn't include free copies which strongly lower the actual sales.

Honestly you just can't base sales on chart rankings and review counts.

People have already tried doing something like that with PSN and it didn't work at all.

yes!!!!!!! You get wat im saying! Thank god lol, I doubt its 50% but lets be generous. If its 50% that reviewed the game then 50k is downloaded. Me personally I think not even 10% but lets just say 20% reviewed it. Thats 115k +extra since FE is ahead of Excite Bike +sales of other Dowloads since this is just US! Alot of people dont believe me and think im crazy for predicting over 100k (even though i think over 150k). Im telling ya this game will hit a mil even before Europe release! Its at 690k WW and in reality Download is over 100k so 800k! Just lookin good for FE awakening!

For those who have a 3DS, what's the chart position for FE:A on the 3DS software only and did it already appear on the all-time chart?