Fanboys Are Hurting This Industry More Than Anything Else

Fanboys are endemic to any community. People just like to argue about pointless shit, that is the nature of things, supposedly dating back to Classical Greece when folks with nothing better to do would debate trivial things like whether Homer really existed.

Or for more fun, step into any Harry Potter community, say that you loved Deathly Hallows' epilogue scene, and you have instant fun.

Today many people own multiple consoles. I know plenty of people who have all three actually.

In the SNES/Genesis days it was like US/West vs. Russia/East, lol, it was like a whole different world. And all the sniping was even right in the advertising "Sega Does What Nintendon't", Nintendo ribbing the 32X in their DKC ads, etc. etc.

Back in those days it was more personal, because gamers were mostly in their adolescent/teenage years where they could only afford one console as mommy/daddy would be buying it for them, so once you picked your side that was it, lol. You made your choice and now had to defend it to death.

Also the original article is fanboy-ish in itself. The author is ripping Sony's E3 presentation rather than "focusing on the games" (of which Sony showed plenty) and trying to convince his friend the Vita is doomed. I mean c'mon.

Maybe he should take his own advice. Anyone else see the irony in him arguing against "fanboy-ism" when he then proceeds to shoot down his friend for enjoying Sony's E3 event? What's wrong with his friend being excited about Last of Us, God of War, Beyond, Playstation All-Stars Battle, or (gasp!) even Wonderbook (getting something exclusive from J.K. Rowling is pretty noteworthy)?

How many platform holders are giving their platform this level of support in year six? Nintendo sure as hell isn't with Wii, and Microsoft isn't with the 360.

I love gaming full stop, and will game on any platform if the game is good.However if i was asked for my prefered platform i would say Nintendo, because they offer me what i want the most in gaming. Which brings me to the Wii, i love the Wii...but for some reason especially this gen, the lead platform has had a right good kicking from the internet trolls. It is really infuriating when i look up game info or trailers regarding the Wii etc,because you just get nothing but Wii haters clogging up the commments section offering nothing constructive except commments like "Wii is gay, Wii is for retards, Wii is kiddy, is that Playstaton 1 graphics" etc etc. This has kind of spoiled this gen for me as i think fanboys are becoming akin to football fans where their love for their prefered console is becoming somewhat tribal, and they start insulting the competition. I can't comment on Alasttor's other posts he's made in the past, but I can tell you that I think you're the one who's being a little touchy and blind here. You're right, his post mentioned that if you want to see pathetic Sony fanboys, you can go to N4G and see them at their worst. (I suppose that website is rather famous for Sony fanboyism, I've been hearing a lot about it). What he didn't say was that Sony fanboys were the only bad ones.

Yes he addressed a specific answer for the broader topic, but you seem upset that he didn't cover every possible angle. That seems silly to me. If this was a topic about bad brands of bread, and he called out one of the specific brands that sucks, would you get mad at him for not calling out every single bad brand of bread?

THis on a side note not surprised by who posted this thread, not at all

im sorry dude but if that is getting to you and affecting your enjoyment of a system YOU bought, then you need your priorities straight and get a thicker skin 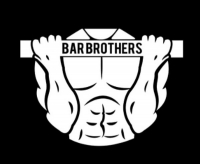 i see so many fanboys from Sony saying so many things about Sony games than i see horrible sales...

I just got on this site so I've commented on maybe 3 posts so far. But really N4G is bad with the Sony fanboys. That's all I was pointing out as an example to this post. Nothing else. N4G is good for video game info but don't read the comments please. Most are litered with Sony fanboys. Even on Nintendo related ones disagreeing with everything anyone says. Just check the site out. It's true.

I'd argue that fanboys were one of the biggest reasons the industry grew so much during the 90s. Ninty vs SEGA alone caused many school aged kids to pledge allegiance to one company or the other, and this was exacerbated when Sony entered the fray.

Today's fanboys however are a different breed, much more whiny and unreasonable than their predecessors IMO. When arguments come down to things like pay vs free online models and DVD vs Blu Ray, you know something's wrong.