china finally gets its first home console but its not from one of the big 3?

Forums - Gaming Discussion - china finally gets its first home console but its not from one of the big 3?

if this console released WW would you by it

Chinese gamers have it rough. Their invasive government prohibits the sale of the Xbox 360, PlayStation 3, and Nintendo Wii, so they've had to make due pirating games and sinking time into the free-to-play market. Come December that changes with the introduction of the iSec console.

Computer maker Lenovo is funding this China-only console, which takes a cue from the Kinect playbook by offering hands-free motion controls. The term "iSec" stands for "sports entertainment center," and as you would expect with a Kinect-style device, many of the games will revolve around mimicking sports activities. The console also has a karaoke mode and can be used as a home entertainment center. Chinese, North American, and European partners plan to develop games for the console, but no names have been announced.

Lenovo and Eedoo plant to release a trial program for the iSec this December, with a full console rollout scheduled for early 2012. The system sells for 3,000 yuan ($470).

Eedoo CEO Jack Luo says the company will consider bringing the iSec gaming system to other markets if it sells one million units. Given the astronomical population of the country, that shouldn't be too hard provided the console attracts some talented game publishers. There is so big untapped console market in china that it's not funny. Middle class is already over 100 million people and growing each year. Shame that big three are prohibited to sell theis consoles (I wonder why?).

Chinese government doesnt want foreigners encroaching on indigenous business, so they enact protectionist barriers against foreign companies in mainland China to spur the development of their own industry.

Ever wonder why the Chinese government will never go after blanant copyright violations from stolen or copied technologies and softwares?

It's because they are made by homegrown industries.

It's unfair though to single out China for this. All industrialized nations from South Korea to America have all had something similar going on at one point in time. 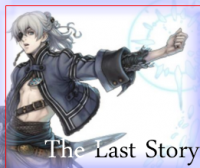 i fucking hope that thing's capable of something. to my very limited knowledge, there were tons of gaming consoles in the PS2/Cube/Box Era, that were capable of NES Graphics, and had gameplay that was taken out of Atari 2600 games.

if the Isec Console is, however, somewhat competitive, it could be giving a nice boom to the gaming industry.
(But i wonder how foreign countries want to make games for that thing if selling stuff on the chinese market is prohibited?)

but if this really would be the case, there were at least some millions of chinese people, and third party Dev's were able to port their Current Gen Games onto that thing - holy crap, that would actually help the gaming industry. :o! .. even though i think (or rather, i hope) this thing will fail outside of China because we have our trustworthy consolemanufactuerers we know for so long, it could turn out to be a great thing.

PS: selling tons of their sheeat to other countries but not allowing the same thing vice versa, is the biggest bullshit in existence..   .. even tho' life would be darn expensive if we didnt get some of our stuff from there..damn, tricky situation.

i wasn't expecting this kind of conversation when i made this thread but your so right. it's f'd up when you think about it but theres not much we can do i supose.

on a side note if it has great games and gets a ww release not only am i likely to buy it. it likely will be number one WW simply cause of China lol.

That is really cool! Maybe the other companies will at least be able to develop for it?

Screw China. I wish they would just let MS Sony and Nintendo sell there consoles there. And i also hate them because of other reasons that i won't go into.

I wouldn't hold my breath for anything spectacular.  Most likely, this will turn out like quite a few systems from China do, as emulation machines.  Probably only up to the PS1 era.  Though, I would imagine it  will also support some simpler homebrew games.

so its more like neo geo? i never new there was a home console version so i'll only see it on google or ebay lol.