New Exclusive AAA Remake To Be Revealed In OXM

A secret triple-A Xbox title set to be 'reborn' has been cheekily teased in the latest issue of OXM UK.However, there's bad news for 360 owners wishing for the full reveal of the blockbuster game any time soon - as it's been pushed back by a month.

The exclusive has been nodded to on the 'Next Month' page of OXM issue 70, which is in stores now. It reads: "You WILL buy this magazine... One of the best games ever made is reborn on Xbox 360."Unfortunately, it looks like readers will have to wait until OXM issue 72, which will hit stores in April, to find out what it is - as the game's publisher has pushed back its announcement. Meanwhile, OXM issue 71 will hit stores on March 10."It's a real nuisance, not least since we've been trying to cover this game for months, but these things happen," OXM editor Jon Hicks told CVG. "The publisher was very apologetic but apparently the game just won't be ready in time." Take a look at the graphics on the page. It looks futuristic, possibly science fiction-esque. Which doesn't really narrow it down too much in the world of video games. What do you reckon it could be, readers?

Yea, it's going to be Halo 1 redone in HD, rumors have been out about that for weeks now.

Heroes del Ring is getting a remake already? 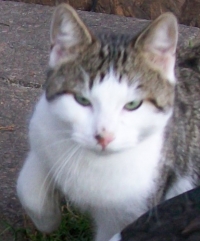 I'm going to say it's NOT the Halo remake, simply because everyone else says it is.

Nothing wrong with being a contrarian.