lyst for its business in 2010 in our last Pachter's Podium column, and today he's reiterated that Nintendo has not been meeting expectations so far this year. He believes that lower software sales of key Wii titles could point to consumers losing interest in the platform.

"Nintendo’s overall performance has fallen short of our expectations, with software down over 30% and Wii hardware units down almost 50%. The company may have faced supply constraints for its hardware, but staple titles like Wii Fit with Balance Board and Wii Play were also well below historical levels. We are hopeful that the supply situation for hardware and for these key titles will correct in March; if not, we think that weak sales may suggest waning consumer support," he stated.

Pachter continued, "We expect continued momentum for the PS3 due in part to its list of exclusives in early 2010 (Heavy Rain, God of War III, MLB the Show 10, et al) and Blu-ray compatibility. We are less sanguine about a March or April catalyst for the Wii, as there are no exciting first party exclusives until May (Super Mario Galaxy 2). Over the last several years, the Wii has benefited from being the cheapest console, but a consistently declining tie ratio causes us some pause. We believe that the PS3, with multiple high-profile exclusives and the newly-announced Move Controller, and the Xbox 360, with Project Natal, may begin to cut into Nintendo’s market share later this year, and think that it is possible that the three consoles divide the market more evenly at holiday. The DS continues to sell at an amazing pace, and we expect solid sales in March with the end-of-month introduction of the DSi XL. We also expect solid software contribution in March from the release of the Pokémon games, which we project will sell 5 million units combined world wide. We found the company’s announcement of the 3DS somewhat ill-timed, coming the week before the launch of the DSi XL. In our view, the company’s announcement warned consumers that the DSi XL would be obsolete within a year, and we were surprised at the timing."

Looking towards the March NPD data report, which should be out in a couple weeks, Pachter noted that sales may finally climb back into the plus column, but he cautioned that March 2009 still poses a tough comparison, so it's possible that March 2010 could end up being slightly down. Still, big releases like Final Fantasy XIII, God of War III and Battlefield Bad Company 2 should all help boost sales, and Pachter believes that the industry is now rebounding. "..we still believe that the industry will grow over the long term, and believe that we have finally reached the bottom of the monthly declines. With a large number of highly-anticipated releases in the next few months and progressively easier comps, it appears that we are entering a period of sustained industry growth," he said.

he is actually right about something... Where is WiiPlay 2/Wiiplay +??


bundle some mini-games and make a killing, COME ON!!!

Umm...yeah...so Nintendo already said that SW was supply constrained as well....guess he missed that as usual.

Oh Pachter! The man that has the job I want the most. Talk shit out your ass about games, and get paid ... well. Sounds like a dream job to me, and I could do it much better than he does, without a shadow of doubt.

Oh this should be fun!

He should have tried saying something nice about the Wii for April fool's, or at least something that made sense. I imagine we would have seen through that pretty quickly, however.

He's going to continue to predict failure for Nintendo the rest of his life and sooner or later he's bound to be right. 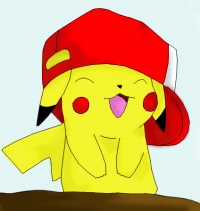 He forgot Monster hunter 3! Whatever Patcher says, it's the opposite that happens.

Also consumer will soo get to their wii's again with the likes of wii relax and shigys is working on a new motion plus titles, see now that Nintendo is gettign the core titles on wii he's complaining that Nintendo has abandoned the casual.