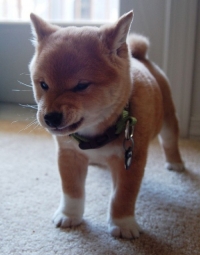 Only 57 left! I could do that at 3 in the morning! That only means I spend too much time on here...

I can probably do it by the end of the month, unless there is a really good thread that makes me spam.

That sig is so funny.

wtf are Project Eternity and Tides of Numenera ? since when ? ugh, I be living under a rock, time to donate some money.

Have any G-fans on here seen Godzilla 2014 yet? What did you think?

They pulled off the 'human side' just okay, it's not terrible, but is still kinda dull, I'd much prefer less talking, more Godzilla, over all a fairly good movie though....

So I just figured out an ultimate try hard build to troll people and thought I'd share in case anyone else is interested: Stats: Mundane build, with enough points to power stance Avelyn Weapons: mundane Santier's Spear, two mundane Avelyns Rings: both illusionary rings Strategy: because your weapons are invisible, your opponent does not know what you are using until you attack, start...

Most epic moments of your gaming life

I'm probably just nostagia, but nothing beats the epicness of eating competition with friends while playing Warriors of Fate on arcade, man but those machines would take some serious abuse. ...

Favourite Games: Resident Evil until the fifth one butchered everything.