@tuoyo i agree we wii owners always get screwed out of some of the best games, dame capcom.

well i personally am buying the wii zapper and re4 and possibly uc when i get back to canada. ive always wanted to get it but never had enough money. now that i have it i will definitely get it. ive always been a fan of those types of games and i really hope that re5 comes out for wii.

Resi 4 had some scary moments despite the fact that the enemies were not zombies.... i mean come on, when that guy with the sack on his head ran towards you with the chainsaw in his hand for the first time are you telling me that you did not sh*t yourself? Resi 5 will deliver, unquestionably

LBP will be rather large. 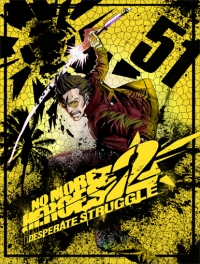 No More Waiting come on capcom, announce it all ready.

Will it be scary if I play it during the day?

"The Freak" - This movie will fuck you up for life.

Maybe they have a similar advertising firm.