Not much of a loss for hardcore gamers. Their biggest stuff is on PC.

But it's a huge effect on casual gamers who put a lot of money into games this forum doesn't care about, and often hasn't even heard of.

What? I just picked out various big franchises from their list.

I don't like or care about Microsoft or Activision, but those are generally decent sized franchises. Call of Duty by itself is bigger than half your list combined...

The Call of Duty games aren't selling as much as they used to, but they're pulling in bigger revenue due to Warzone.

He merely responded to a users question about what the relevant games are in this purchase. Not sure how you construe that with him trying to equate them to having the same weight as Mario, Zelda, Smash, Mario Kart, Animal Crossing, and Pokemon. It sounds like you're just a bit angry right now, take a minute to chill.

It mainly depends on what gaming habits european are fond of. Mainly, do COD still sell like gamgbusters there like it does in the US ? Knowing Vanguard underwhelming sales and it's continious annulization as a franchise, it might be in a downfall it may not recover from meaning it's weight as a selling console IP will be diminished dixit. not important enough to change a trend.

+ FIFA is the actual dominant IP there, sooo unless Microsoft continues with it's (evil in the making) plan to consolidate the market by buying EA next, I just can't honestly forcee any major change in trend.

Though, out of tangent, this could be how MS reverse Sony's slight domination in the US.

What are you two even talking about?

-CoD is massive, in case you didn't know. It is currently the 3rd highest selling game series of all time with over 400+ million sales, and Call of Duty Vanguard was one of the bestselling games of 2021, it outsold the Pokemon gen 4 remakes as far as I know.

-Diablo 3 was one of the bestselling RPG's of all-time, it hit 30m sales within 3 years of it's release, and a further 6 years have passed since Blizzard released that 30m number, so it's probably more like 35m+ now. Diablo 4 is going to be pretty damn huge most likely.

-Overwatch was huge when it launched in 2016, it won many GOTY awards in 2016 and Blizzard reported that they made more than $1b in revenue from Overwatch in the first year, and 3 years after release they reported that the game had hit 50m players, and as of January 2021, a year ago, it had reached over 60m lifetime players. As of now Overwatch 1 is still the 18th most played game on Xbox even though it is 5 and a half years old. Overwatch 2 is most likely going to be pretty huge when it releases.

-Tony Hawk's Pro Skater 1+2 Remake sold 1m in 2 weeks when it released in 2020, a respectable amount for sure.

-Spyro Reignited Trilogy sold pretty well, for instance in the UK it released the same week as Pokemon Let's Go Pikachu and Eevee, and outsold each of them individually (though losing to both of them combined)

-Candy Crush is still one of the biggest mobile games even after 10 years on the market. In 2020 the game brought in over $1b in revenue for Activision, and supposedly the game still has 250m active players (people who play the game at least once a month)

The only franchise on pi's list that is dead imo is Guitar Hero, the latest Guitar Hero flopped and I can't see Xbox attempting to revive it.

You're right, his list holds more weight if we're going off sales ;)

Playstation will still have a big advantage this gen there but this will shorten the gap and could bring the PS5 under 40m and the Xbox Series over 20m for a gap similar in size to gen 7. Long term it will make things more competitive in Europe for sure.

CoD is not nearly as popular in Europe as it is in the US. I don't know about Diablo etc. The impact of this aquisition won't be that big.

Do you live in a nintendo bubble?

As long as Fifa is on PlayStation, Sony can rest easy as far as Europe is concerned. 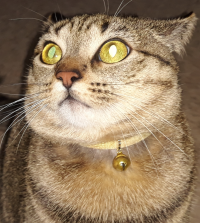 I live in a reality bubble.