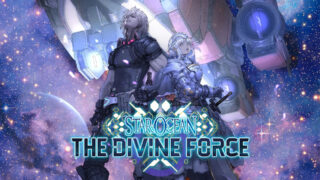 Publisher Square Enix and developer tri-Ace have announced Star Ocean: The Divine Force for PlayStation 5 and PlayStation 4. It will launch in 2022.

Here is an overview of the game, via Square Enix public relations staff Sho Ishida on PlayStation Blog:

The first installment in the Star Ocean series released in 1996, and five mainline games, one spinoff game, and one mobile game have been developed to this day since then. This year marks the 25th anniversary of the series and its latest mainline title—Star Ocean The Divine Force—been announced.

Star Ocean: The Divine Force is developed by Square Enix and tri-Ace, and set to release on PlayStation 4 and PlayStation 5 in 2022. The game features a story that blends sci-fi and fantasy, a rich lineup of characters and side stories, a battle system delivering exhilarating combat with easy controls, and more.

The “Double Hero” system returns in which the story spanning the stars and beyond will unfold from the perspective of each protagonist, one from an advanced civilization (sci-fi) and the other from an underdeveloped planet (fantasy). Events that unfold throughout the story as well as the ally characters you end up with will differ based on the protagonist the player chooses.

In this game, there is range of playable characters in addition to the two protagonists, and you can control each of the party members.

A young man from the nonfederated planet of Verguld. He is the captain of the merchant vessel Ydas under Lawrence Logistics, a company run by his family. His confidence often sees him rushing recklessly into situations when it comes to his friends and work, much to the distress of the Ydas crew. Raymond has a big heart, affable nature, and a good nose for business. His lack of affiliation with the Pangalactic Federation means he is not bound by the Underdeveloped Planet Preservation Pact. This sincere openness to meet others where they’re at regardless of technological advancement wins Laeticia over, but leaves Albaird wary.

Princess of the Kingdom of Aucerius: a large territory located on the underdeveloped planet of Aster IV. Her radiant and resolute personality is admired throughout the kingdom, but her prim demeanor betrays her penchant for wearing armor and remarkable skill with the dual blades. In order to remedy the encroaching threat of a neighboring country, Laeticia sets off on a secret journey to locate a certain individual. She meets Raymond along the way, recently stranded on Aster IV. The two agree to help one another and begin traveling together.

A crew member of the merchant vessel Ydas and Raymond’s first mate. She manages the operation of just about the entirety of the ship, and her vast knowledge and cool demeanor have earned her the complete trust of Raymond and the crew. Elena is constantly surprised by Raymond’s proclivity for recklessness, but all the same she holds a high opinion of his leadership qualities.

A childhood friend of Laeticia’s, he now serves her as a knight of the Kingdom of Aucerius. He excels at semiomancy and the wielding of chakram. His strong sense of loyalty to Laeticia means he is never far from her side. Albaird’s left arm is covered down to his fingertips, and he occasionally gestures as if to protect it. He does not trust Raymond upon meeting him while escorting Laeticia on her secret journey. Loathe to go against her wishes, however, he reluctantly allows Raymond to join them.

Freely Fly Around the Environment

In this game, characters have the freedom to move around 360 degrees, and can even fly through the skies.

Players can fly in the sky and traverse three-dimensionally through one of the largest fields ever in the series.

Whether they explore by hopping around rocky stretches and rooftops, or seamlessly enter battles after jumping off cliffs, more than ever, the game will allow players greater freedom in their approach in both battles and their adventures.

The Fastest and Mightiest Action in the Series

Battles have also evolved in Star Ocean: The Divine Force. Characters can make an assault straight from traversing at incredibly high speeds, disappear instantly before an enemy, or even defeat a horde of enemies with a skill that enables on-shot kills. Experience tough yet exhilarating battles while freely flying around the world.

The Fate of the Universe Awakens When Two Heroes Cross Paths

The Pangalactic Federation. From their earliest days in the Sol System, this organization has sought to bring peace and tranquility to the galactic multitudes. As their reach has expanded through the universe, many a hero has served under their banner; saviors to planets in need.

But by the year 583 SD, things have changed. The once peaceful Pangalactic Federation is now known for assimilating planets against their will. Once standing for justice, they are now wreathed in darkness.

Raymond, captain of the merchant vessel Ydas, departs from the nonfederated planet of Verguld on a standard transport mission. The job is simple, the route familiar, yet things go awry when the Ydas is attacked by the Astoria: a battleship carrying a member of the Pangalactic Federation’s preeminent Kenny family.

Raymond and his crewmate Chloe are forced to abandon ship amidst the chaos and head for the remote, underdeveloped planet of Aster IV. Before their escape pods can even land, a burst of energy resembling an EMP from the planet’s surface knocks out their systems and brings them crashing down. They find themselves separated and stranded on an unfamiliar planet.

Upon landing, Raymond is immediately attacked by some of the less-than-friendly local wildlife. But when all seems lost, his life is saved by the crown princess of the Kingdom of Aucerius: Laeticia. Marveled by the sudden appearance of this man who rode into her life on a “shooting star,” Laeticia asks Raymond to help save her kingdom from the threat of the neighboring Vey’l Empire. He accepts in exchange for help finding Chloe.

So begins their journey on Aster IV. However, Raymond will soon discover he has yet to escape the shadow of the Pangalactic Federation.

“I’m from another world—one that’s far, far away in the sky.”

This encounter, and the ensuing stand against an overwhelming power, marks a new chapter in galactic history.

Good to see tri-Ace come out of that damn bunker they've been in. Doll animations and all.

So will they ignore that shit ending of 3?

This is a tired old argument. The answer is no because SO5 elaborated on SO3, and because they don't need to. Being a VR world does lower their self existence. You like Digimon? Mega Man?

EDIT: They kind of had to make SO a VR world or a lot of shit would not make sense.

I hope this is every bit as cringy and awkward as past entries, with terribe voice acting and all. And I do mean it, its a trademark of the series.

Sounds great. I wasn't sure they would green light another Star Ocean after the last one...

I am not going to lie; I feel exactly the same. Those doll models/animations are so nostalgic.

It's also coming to PC, Xbox One, and Xbox Series X/S. I was a little worried it would be exclusive. Good thing it isn't.

They actually been given a decent budget this time?

That was my absolute first thought as well. Looks to be case but it is trailer, and trailers are cut to look great, so we'll see. I would like them to at least b able to compete with the Xeno and Tales series.