Horizon: Forbidden West appeared on Last Week Tonight the week after E3.....I'm usually pretty good at these, but it's been a looong day. :) I remember seeing an N64 on Malcom In The Middle, and them playing it a couple times, but don't think they showed any games. Friends had a PS1 and N64, but the only game I remember seeing was Mario Kart 64....Until I googled it for verification. Turns out it was Crash Team Racing. 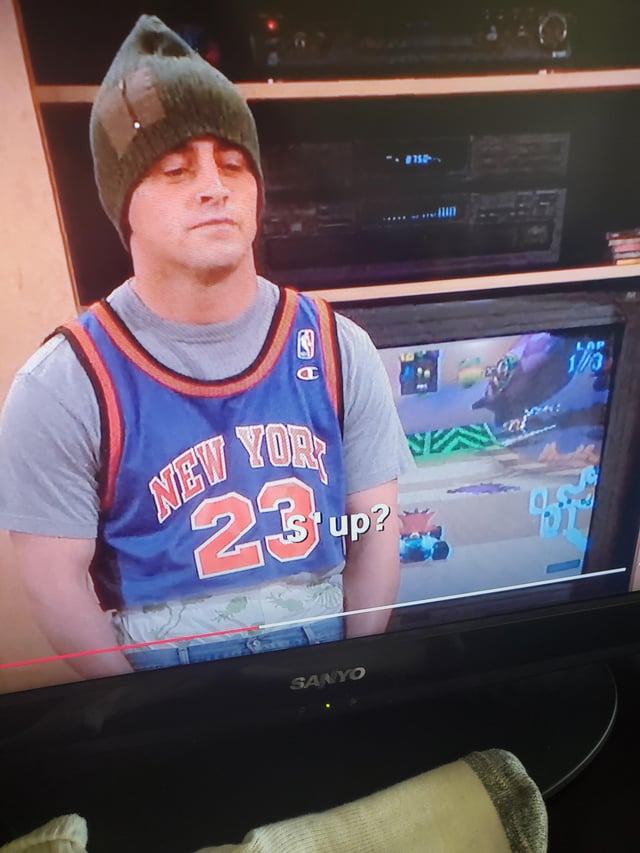 Could be. I mainly remember the toe cringing episodes with E-gaming tournaments and mmo's like second life.

That "Second Life" episode was LEGENDARY for it's stupidity, and complete failure to understand not only how an MMO like Second Life worked, but how reality, our reality, connected to it. I think it also had the world's worst "counter hacking" scene, where 2 people with 2 keyboards, side by side, banged in tandem like apes in some kind of supposed synchronous effort to prevent a hacker from taking over CSI headquarters. The episode is titled "Down The Rabbit Hole" and I can't recommend it highly enough. It was suggested to me in an article from.....SeanBaby?....over a decade ago, and I have tried to find it again throughout the years, succeeding once a few years ago via an ultra LQ upload on Dailymotion.

This was the example I was thinking. It infuriates me that Chandler doesn't even pause the game when he's talking to Joey.

I also remember a kid playing one of the old Doom games in Breakdown (Kurt Russell film).

Ugh, tell me about it. I think gamers are just as tired watching actors "game" as hackers are watching actors "hack". I recently watched This is the End and in the opening scene, Seth surprises his buddy Jay with weed and Killzone 3 (link). At least they only touch the weed

Hacking in movies is opening 10 cmd windows, banging on your keyboard for 15 seconds and then exclaiming "I'm in!"

I think it's just one of those things where it looks better in the movie. Like, right now I'm playing a game that involves me mainly pushing the left stick and occasionally pressing a button. Wouldn't look too interesting on film.

Ok, I mentioned this earlier, and am not even going to get into how I confused this segment from NCIS with one from a CSI episode. But here it is. Two people. same keyboard.